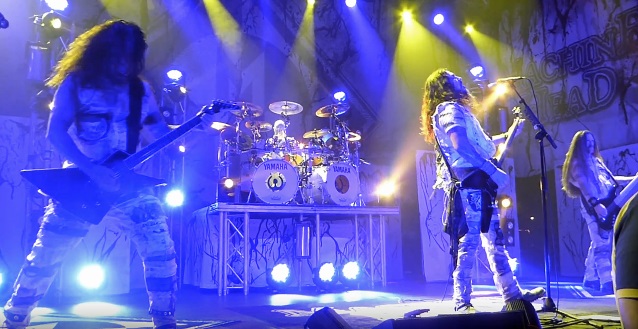 Fan-filmed video footage of MACHINE HEAD's February 5 performance at The Plaza Live in Orlando, Florida can be seen below (courtesy of "hvymtlmom").

MACHINE HEAD frontman Robb Flynn said last year that his band is continuing to play "Evening With" shows because fans never warmed to the opening acts he and his bandmates selected.

For the touring cycle behind 2014's "Bloodstone & Diamonds" album, the San Francisco Bay Area metal titans completed around 250 shows with no support bands and performances often lasting two and a half to three hours.

In an interview with Poland's Interia.pl, Flynn explained why MACHINE HEAD is bucking industry trends by not taking part in package tours or offering support slots to younger acts. "We've been taking support acts now for 23 years," he said. 'I tell you what, people just never liked the support acts that we take. We brought BRING ME THE HORIZON out and I thought they were going to be a winner and people were throwing garbage cans at them on stage. There came a time when just in general, metal has really gotten into packaged tours and festivals and 160 on a bill and, you know, you think about a Paul McCartney or Bruce Springsteen, when they come, they don't come with seven other bands. It's just Bruce Springsteen. It's just THE ROLLING STONES. You know what? That's the status that we want. We really, really enjoyed playing these 'Evening With' shows. We started doing it on the last album cycle. 250 of the 283 shows were 'An Evening With', us playing two and a half or three hours every night and it was fucking awesome. It totally reinvigorated us as a band. It made us dust off a bunch of songs. It made us play better. It made the tour cycle more interesting. We loved it. We're going to keep on doing it." 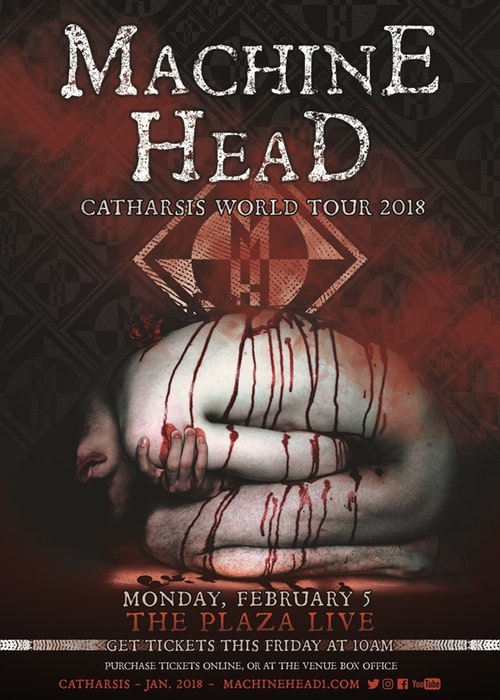