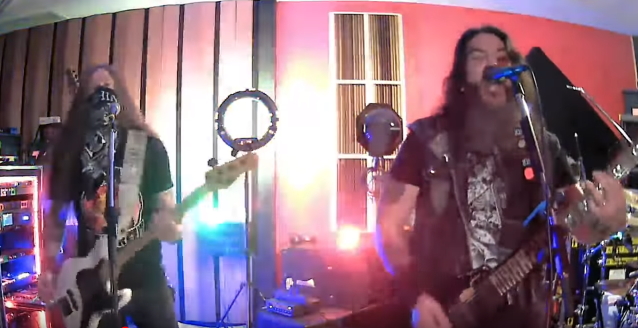 MACHINE HEAD's Robb Flynn and Jared MacEachern held the latest "Electric Happy Hour" on Friday, March 26 during which they performed their sixth album, 2007's "The Blackening", in its entirety. You can now watch the video below.