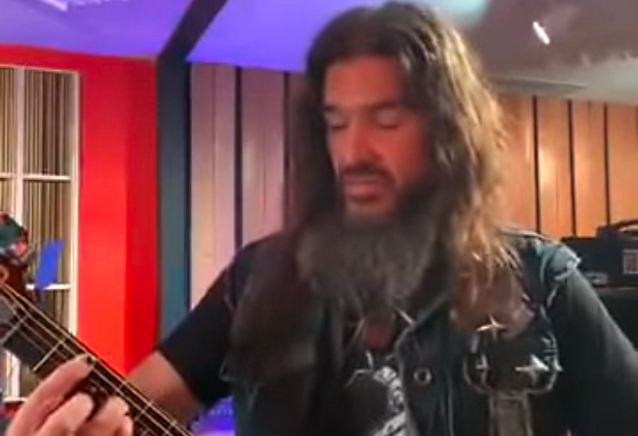 Video of MACHINE HEAD frontman Robb Flynn's latest "Acoustic Happy Hour", which was originally livestreamed on Facebook Live this past Friday, June 26, can be seen below. The session includes covers of SLIPKNOT's "Snuff", PEARL JAM's "Black", DEFTONES' "Change" and STAIND's "Outside", as well as acoustic renditions of MACHINE HEAD tunes "Is There Anybody Out There?" and "Circle The Drain".

"For the first 20 years of my career, I never took singing lessons. Then I did some about 10 years ago. With these acoustic shows, I've been back in contact with my old singing teacher to try and figure out why I can do a three-and-a-half hour MACHINE HEAD show, but this clean singing is kicking my ass. It's been an opportunity to un-learn all the wrong shit and get an opportunity to do things right."

MACHINE HEAD is donating a significant portion of the streaming proceeds from "Stop The Bleeding" to Grassroots Law Project, the organization representing George Floyd, Breonna Taylor and Ahmaud Arbery.