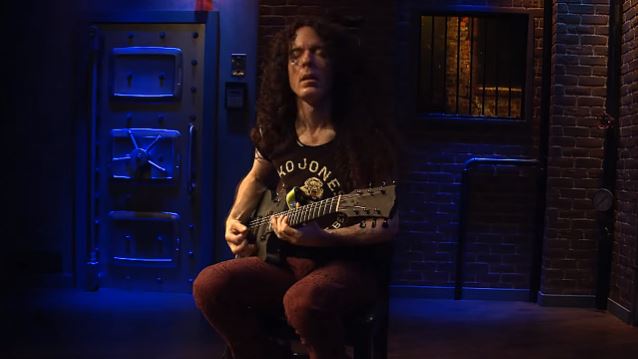 Former MEGADETH guitarist Marty Friedman took to the EMGtv stage for the first time with this performance of "Amagi Goe". With the EMG 81X and EMG 60X humbuckers, you can hear all of the nuance and style in Marty's guitar playing. These pickups truly highlight the subtlety in his sustain and the ferocity in his picking.

With his first live appearances in North America in more than a decade, Friedman recently mesmerized fans across the continent in support of his Billboard-charting, critically acclaimed 2014 solo album "Inferno". Now, Friedman has announced that he'll return Stateside once again in early 2016. Following a solo guitar clinic in Mexico City, the second American leg of the "Inferno" world tour will kick off in Phoenix on February 8, with support on most dates provided by HOLY GRAIL. 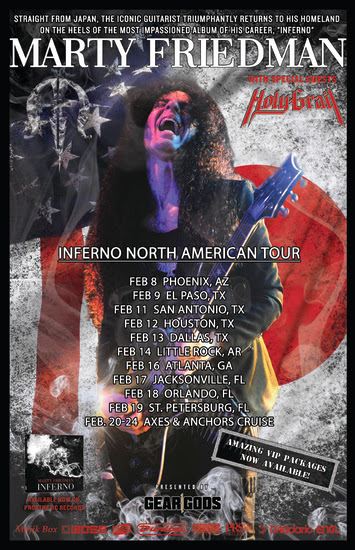