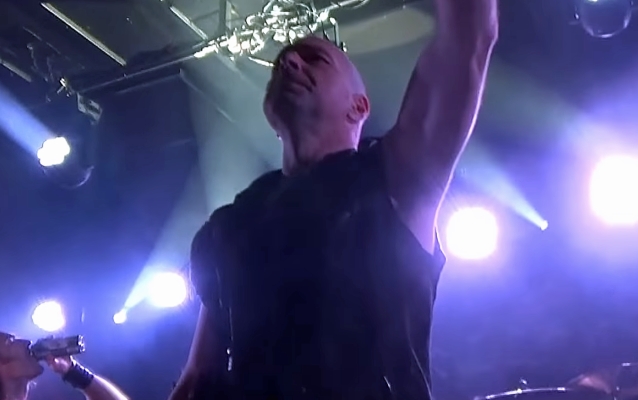 MAYHEM frontman Attila Csihar joined SINSAENUM on stage on October 10 in Budapest, Hungary to perform a couple of songs. Video footage of his appearance can be seen below.

Csihar sang on SINSAENUM's first album, 2016's "Echoes Of The Tortured", but was absent from the recording sessions for 2017's "Ashes" EP and this year's "Repulsion For Humanity" effort.

SINSAENUM mainman — and DRAGONFORCE bassist — Frédéric Leclercq told Metal Covenant about Attila's lack of involvement with the death metal supergroup: "Well, Attila is not there, because he didn't do the album because he was too busy with MAYHEM, TORMENTOR and SUNN O))) and all his other bands. That's something we made clear, because we could have Photoshopped him in, you know. But that wouldn't have been honest, because when we started recording 'Ashes', we knew that he wouldn't be available. So we were, like, 'Okay. So what are we gonna say?' Because people are very attached to a lineup, you know. So 'Are we gonna try to find an excuse or shall we just say how it is?' and we were, like, 'Maybe that's what we need to do. Just be honest.' So that's the reality. He's too busy, the band carries on, he's still in the band, he just couldn't be there for this one. Actually, he had more time than we thought he would have, so he contributed with some lyrics and did some backing vocals as well. But he was not there when we had to take the pictures. So he's not gonna be on the tour, but the other guys will be, yeah."

"Repulsion For Humanity" was released in August 10 via earMUSIC. The album was mixed by Francis Caste and features cover artwork by Travis Smith.

SINSAENUM's first album was nominated as "Best Debut" by Metal Hammer Germany and was praised worldwide as one of the freshest and finest approaches to death metal.

Joey told What Culture about the SINSAENUM songwriting process: "Everything is exactly the way we imagined it, with Fred as the primary songwriter. We always entrust in Fred to be the one that brings the main riffs and then we work from there in the studio. It has to feel good to all of us. Our songs have to flow like a river, with different waves, and that's the main thing about SINSAENUM: even though we're, primarily, a black/death metal hybrid, the songwriting comes from rock, thrash, speed metal and death metal. Sometimes I don't think we make death metal or black metal; sometimes I think we’re just SINSAENUM. We are in those genres, but it comes from so many different areas." Frédéric added: "I've always wanted to have a death metal album out. It sounds selfish, but you make music for yourself. I would have chosen to make pop music if I wanted to please the masses, but music is catharsis for us, so SINSAENUM is a necessity." 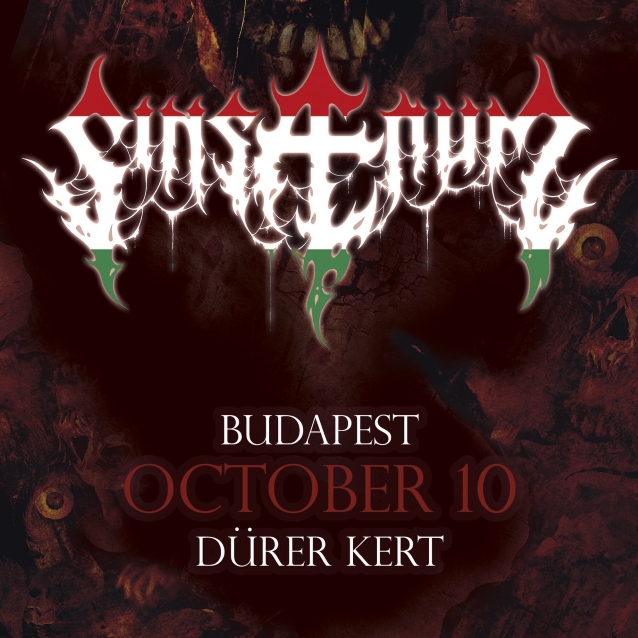