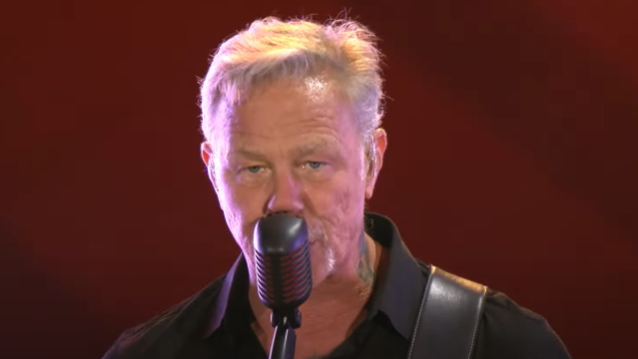 METALLICA kicked off the eight-song set off with "Creeping Death" and closed it with "Master Of Puppets", which recently saw new life after its inclusion in season four of Netflix's hit series "Stranger Things". The popularity of the 1986 song brought it to the Billboard Hot 100 chart for the first time ever in the band's lengthy career.

Professionally filmed video of METALLICA's set can be seen below. (Note: The band's performance of "Nothing Else Matters" with Mickey Guyton does not appear in the rebroadcast.)

Since it began lighting up Central Park's Great Lawn in 2012, the Global Citizen Festival has become the world's longest-running global campaign calling for an end to extreme poverty that unites millions of voices, amplified by the world's biggest artists, demanding world leaders take action now.

Globally, the disproportionate impact of the COVID-19 pandemic has pushed nearly 100 million more people into extreme poverty and is reversing recent trends of shrinking inequality, leading to the loss of at least three years of progress. Without urgent action now this backsliding will only worsen. Russia's invasion of Ukraine has aggravated the situation further, with as many as 323 million people now facing acute hunger, and 1.2 billion people now live in nations experiencing a perfect storm of food, energy, and financial crises. If we don't take action now, as many as 200 million more people may be plunged into extreme poverty by November.

The 2022 Global Citizen Festival called on world leaders at the United Nations General Assembly and ahead of the G20 and COP27 in November to step up and invest $600 million into the future of women and girls, close the annual $10 billion climate financing shortfall, deliver $500 million to help African farmers respond to the global food crisis, and provide urgent relief from crushing debts to end extreme poverty now.

Hugh Evans, co-founder and CEO of Global Citizen, said: "Decades of systemic and political failures have led humanity into the midst of converging and rapidly deteriorating crises — climate, hunger, health, war and conflict. The most marginalized populations are paying the price of the stagnant inaction of our leaders, and now millions of lives, and the future of our planet, are at stake. We refuse to just stand by and watch! We refuse to accept the starvation of multitudes when solutions are readily at hand. We demand a secure future for girls everywhere. We demand governments keep their promises on climate funding. We demand relief from debts unjustly crushing economies. And we demand action NOW, while there's still time to change our collective trajectory."

For more information about the 2022 Global Citizen Festival, visit www.globalcitizen.org.

There are no words. I’m just grateful @metallica. #GlobalCitizenFestival 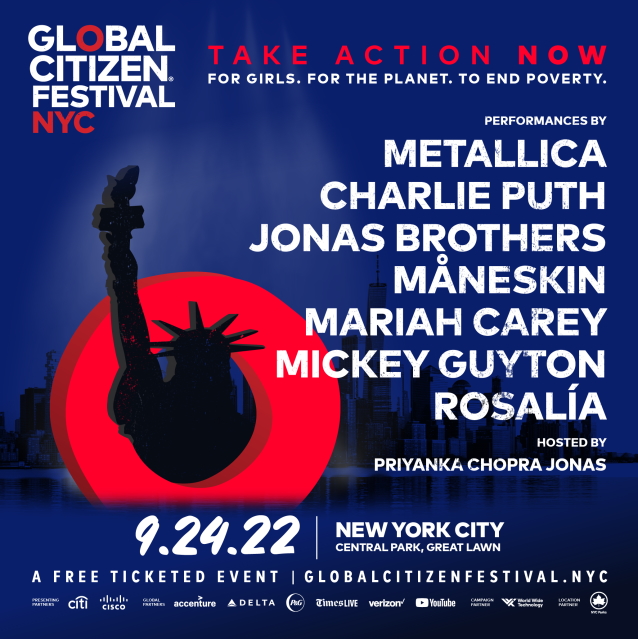