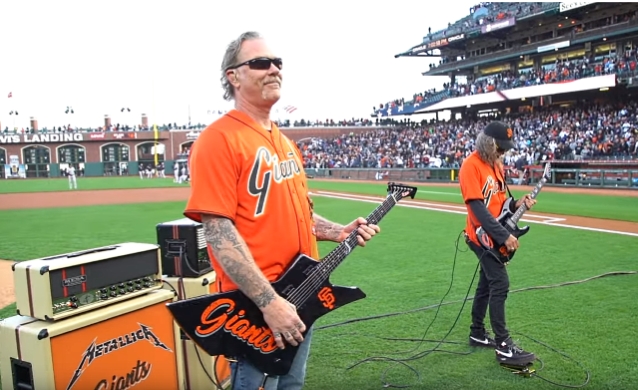 The guitars used for national anthem were autographed by the entire band, which includes bassist Robert Trujilo, and raffled off.

Hetfield said about the yearly event: "We're blessed to be doing this every year and being a part of the vibe here. You know, when times are good, when times are bad, they need the support."

Hammett told ESPN.com that he feels the version of the national anthem he plays is "really unique and different," and it's great that he can play it for his home team and hometown audience.