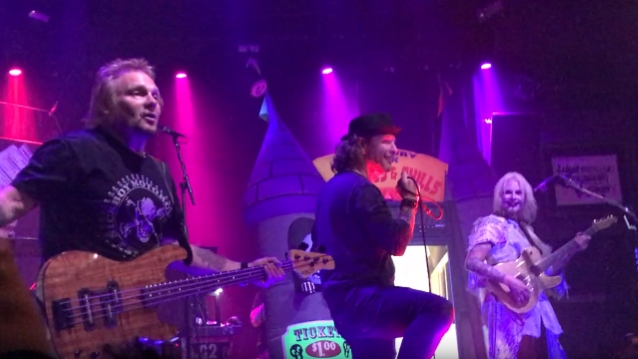 JOHN 5 AND THE CREATURES — the band led by world-renowned guitarist John 5 (ROB ZOMBIE, MARILYN MANSON) — was joined by Michael Anthony (VAN HALEN, CHICKENFOOT, THE CIRCLE),Corey Taylor (SLIPKNOT, STONE SOUR),Shavo Odadjian (SYSTEM OF A DOWN) and Fred Coury (CINDERELLA) during its concert last night (April 6) at Whisky A Go Go in West Hollywood, California. Odadjian played a cover of Michael Jackson's "Beat It" with John 5 and drummer Logan Miles Nix, while Anthony, Taylor, Coury and John 5 tackled several VAN HALEN classics: "Runnin' With The Devil", "Take Your Whisky Home" and "You Really Got Me" (originally by THE KINKS).

Fan-filmed video footage of the show can be seen below (courtesy of Alex Vigil).

Last year, John 5 told Loudwire's "Gear Factor" that he was "blown away" when he first heard VAN HALEN's debut album. "I couldn't believe it," he said. "I was just, like, 'Oh my God, that's so incredible.' It just moved me and it was totally an epiphany for me. I still listen to it all the time. It was a game-changer. It was something that changed music forever.

"I don't think any of us had ever heard a guitar sound like that before," he added. "Everyone's trying to get the sound, and the right amp and the right pedal and the right cord and the right pick and the right strings and I really do believe it's just all in his hands. Because I've heard him play through a little practice amp, and it sounds just like Eddie Van Halen!"

He continued: "Not only was Eddie an unbelievable musician and songwriter, but think about this: what an inventor he was. Look at the design he came up with: the striped guitar. Dude, it's unbelievable. That's one of the most iconic symbols: you see that [guitar], and you're like, 'Oh! Van Halen!' The black and white, and then the black and yellow, then the red, white and black one, it's just totally iconic."

JOHN 5 AND THE CREATURES — John 5, Logan Miles Nix and bassist Ian Ross — kicked off their North American "Invasion" tour on February 26 at Club Red in Mesa, Arizona. At the opening-night concert, they were joined by Alice Cooper for a performance of the JIMI HENDRIX EXPERIENCE classic "Foxy Lady". 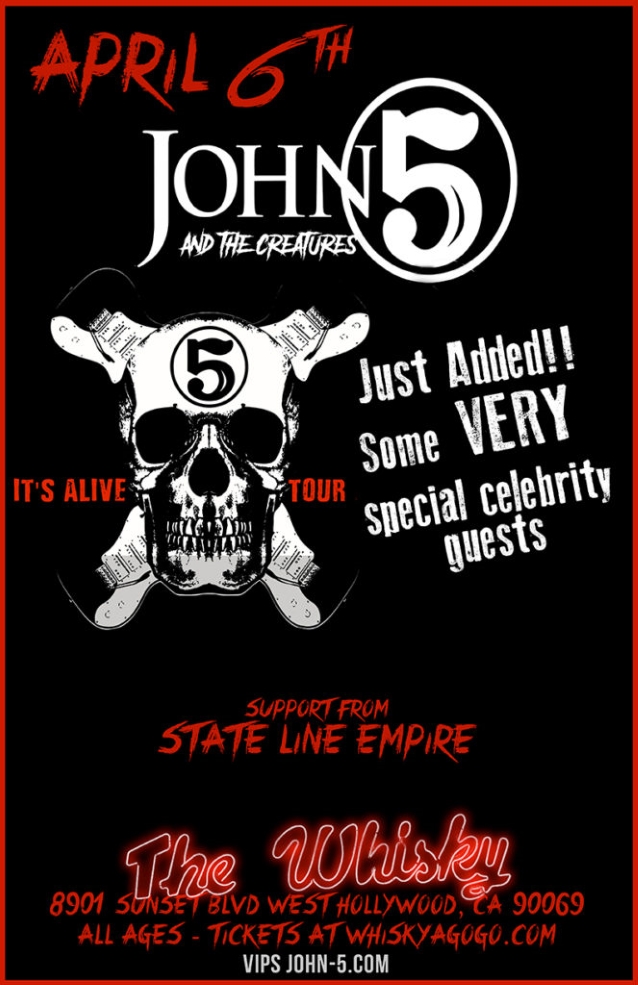