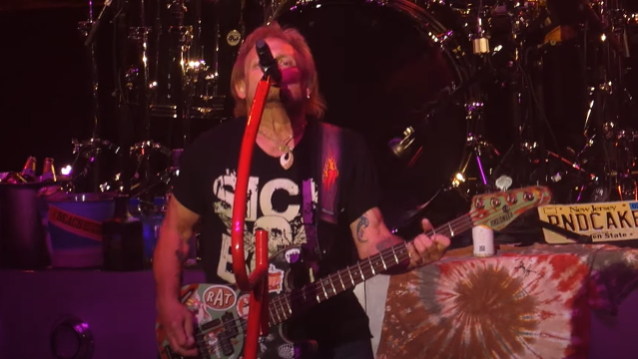 Fan-filmed video of SAMMY HAGAR & THE CIRCLE performing the VAN HALEN classic "Ain't Talkin' 'Bout Love" live on June 11 at the PNC Bank Arts Center in Holmdel, New Jersey can be seen below. Handling lead vocals on the David Lee Roth-era VH song was THE CIRCLE's Michael Anthony, who was also a member of VAN HALEN's classic lineup.

In a 2014 interview with the "Lamont And Tonelli Show", which airs on the Bay Area rock station 107.7 The Bone, Anthony was told by the radio hosts that he is such a great lead singer in his own right that he could probably front his own band. "Yeah, you know, but I don't need that kind of pressure on me," he responded. "Lead singers, they're their own breed."

Asked which classic VAN HALEN song he would pick to sing lead vocals on, if he had to choose one, Anthony said: "Ahh…. Oh my God… I sang 'Somebody Get Me A Doctor'. That actually goes over quite well. But I don't know… Man, I'd sing any of 'em. I could sing any of that crap. C'mon! I can sing it all. [Laughs]"

Back in 2013, VAN HALEN singer David Lee Roth spoke to Rolling Stone magazine about the touchy subject of Anthony potentially replacing then-VAN HALEN bassist — and Eddie Van Halen's son — Wolfgang Van Halen. He said: "Ed has his own vision, I'm assuming. We haven't really been able to speak about it and it's a disappointment, just as not having a chance for a reunion of the original band. Clearly, vocals are every bit as much a component of success as a rhythm section or a guitar solo… What we have at our fingertips is arguably one of the greatest high tenor voices ever — that was in Michael Anthony. In our tiny little corner of the universe, that voice is as identifiable as the high voice in EARTH, WIND & FIRE, as identifiable as the high voice in the BEACH BOYS. VAN HALEN is an indelicate house blend of both — that's intentionally."

In October 2011, Sammy Hagar accused VAN HALEN of using tapes of backing vocals originally done by Anthony on its 2007/2008 reunion tour, for which Anthony was replaced by Wolfgang. Hagar told Attention Deficit Delirium, "Those vocal harmonies on the last tour were Mike on tape. Mike should've reamed them for it. Wolfie don't sing like that, and Ed sure as hell don't. Go on the Internet and listen to Ed's voice live from the reunion with me. Hear him sing on 'When It's Love' and some of those songs. Ed can't sing, and his voice is shot if he can, from cigarettes and booze anyway."

Anthony and Hagar both last played with VAN HALEN on a 2004 reunion tour that ended acrimoniously. Both later claimed that Anthony was booted from VAN HALEN for maintaining a friendship and working relationship with Hagar.

A few years ago, Hagar told The Pulse Of Radio that he thinks VAN HALEN made a grave mistake leaving Anthony out of the reunion tour with Roth. "Anyone in their right mind would know if you're gonna get Roth back finally. after all these abortions they've had, you get Mikey and you do the reunion tour, what the world really was waiting for. Not just fuck it up again. It's almost like they don't care about their fans. They just want to badger them until — see how much they'll take." 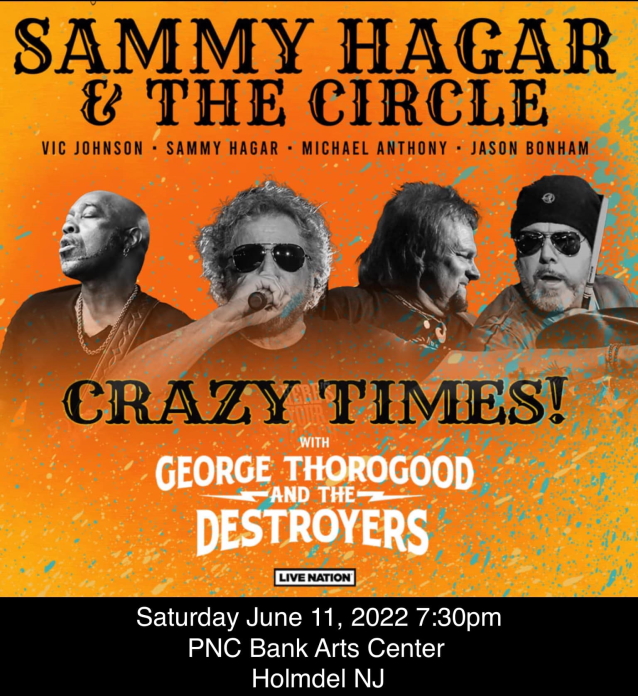