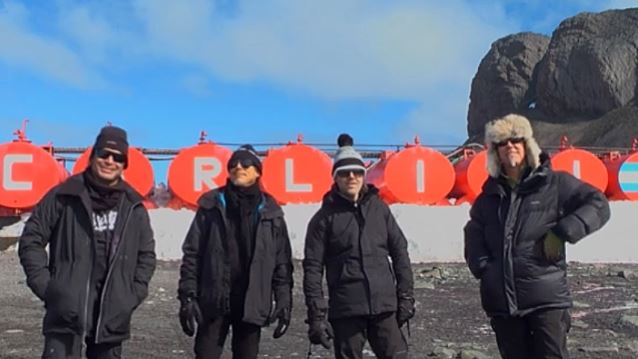 METALLICA made history when they became the first and only band to perform a concert on all seven of Earth's continents after entertaining 120 scientists and competition winners at Carlini Station in Antarctica on December 8, 2013. The hour-long show, appropriately dubbed "Freeze 'Em All", saw the rock band perform ten tracks. With a Hall Of Fame-caliber career spanning more than three decades, the band earned a spot in the 60th-anniversary edition of the "Guinness World Records" book after a whirlwind year in 2013 performing concerts in North America, South America, Europe, Africa, Asia, Australia and Antarctica.

A 20-minute documentary on METALLICA's visit to Antarctica can be seen at Metallica.com. (Note: You must be Met Club member in order to view the video.)

Said the band: "On December 8, 2013 we found ourselves playing a gig for a couple dozen friends, fans and penguins at Carlini Base in the South Shetland Islands of Antarctica. The gig capped off a year where we were fortunate enough to set foot and perform on all seven continents during a 12-month period.

"While we were down in Antarctica, our friend Adam Dubin ('A Year And A Half In The Life Of Metallica') followed us around with his camera catching a few moments of us on a boat with our crew and our fans, checking out the unbelievable sights that Antarctica had to offer and performing our own silent disco under a dome. It was truly the most unusual show of our career and an unforgettable journey.

"We'd like to share the 20-minute documentary that Adam put together with you as an early Christmas present exclusively for Fifth Members. Club Members can download it for free or stream it.

"We hope you dig it... it was a once-in-a-lifetime experience that we're still trying to wrap our heads around!"

METALLICA's setlist for the Antarctica concert was as follows:

METALLICA is currently working on the long-awaited follow-up to 2008's "Death Magnetic" album for a tentative 2016 release.

The new METALLICA CD is being produced by Greg Fidelman, who was the recording engineer for "Death Magnetic". 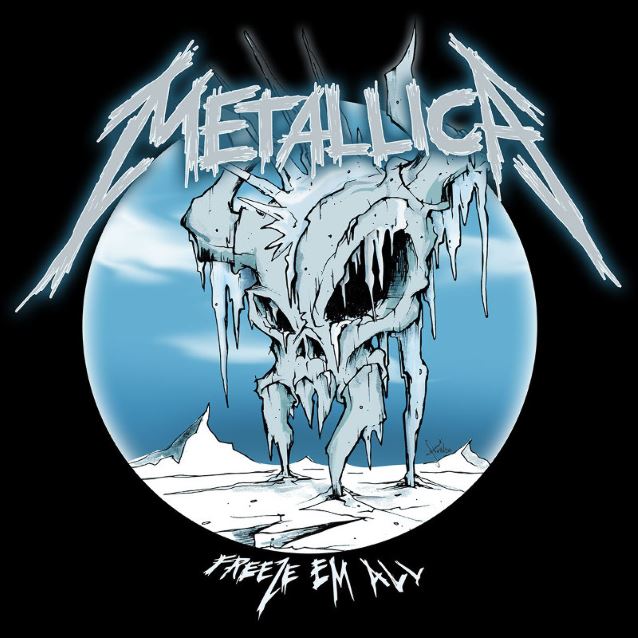