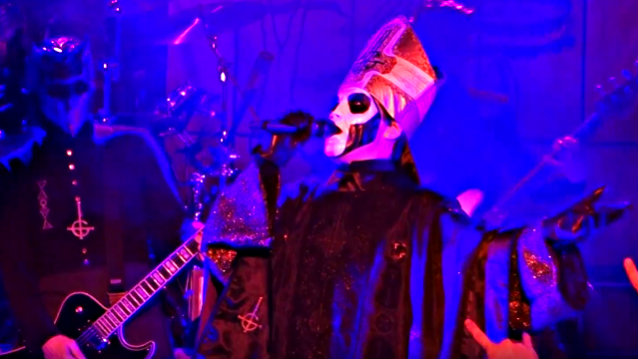 Fan-filmed video footage of GHOST's April 18 performance at Volkshaus in Zurich, Switzerland can be seen below.

As previously reported, GHOST frontman and founder Tobias Forge, who performs as Papa Emeritus, is being sued by four ex-members of the group. The quartet of former Nameless Ghouls have accused Forge of cheating them out of their rightful share of the profits from the group’s album releases and world tours.

The lawsuit, filed in the district court of Linköping, Sweden, where GHOST was originally based, claims that Forge solely controlled the band's business affairs without input from anyone else in the group, while also carrying out management duties. The four musicians are asking the court to order Forge to disclose GHOST's revenues and expenses for the financial years 2011 to 2016 and reveal the company's assets as of December 31, 2016.

If Forge fails to act as ordered, the musicians are asking the court to force Forge to pay a penalty of approximately $22,000 or an amount that the court considers reasonable.

The lawsuit alleges that Forge has been collecting all revenues from sales of the band's merchandise and recordings since the band was formed in 2010, and has insisted that the "company" was not yet profitable while at the same time refusing to disclose financial statements.

The situation became dire in 2012, when the band members did not receive any compensation at all. Forge was finally pressured to pay them, which he did only sporadically while still claiming that the band was broke.

The four musicians were offered two separate contract proposals by Forge in 2016, which they rejected as "slave agreements." That may have led to Forge's wholesale firing of the band at the end of 2016.

The new lineup of GHOST is rumored to include musicians who have previously played with THE SISTERS OF MERCY, KORN, PENDRAGON and BLOODBATH.

Since the musicians wear masks and are only identified as Nameless Ghouls, personnel changes in the group over its seven-year existence have gone unannounced.

Asked for his reaction to the lawsuit by Swedish outlet Corren, Forge said: "I can't comment on it because it is a legal process. The lawsuit will be answered fairly soon by my legal counsel." 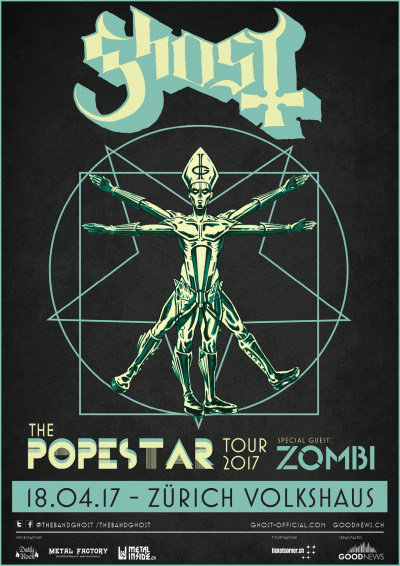