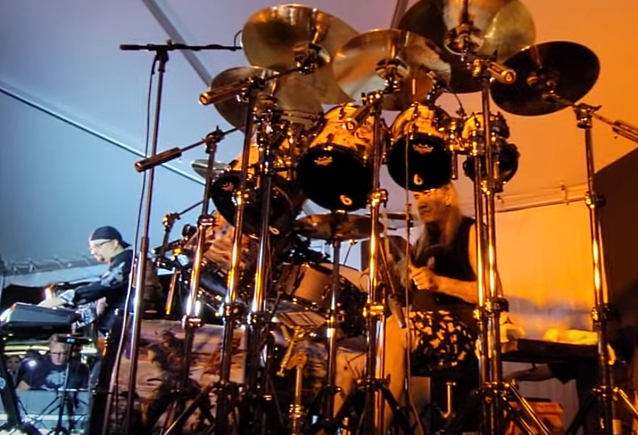 On Saturday, December 3, IRON MAIDEN drummer Nicko McBrain performed a set of MAIDEN classics with TITANIUM TART at the 13th-anniversary celebration for Rock N Roll Ribs, the barbecue restaurant owned by McBrain and close friend Mitch Tanne, in Coral Springs, Florida. Also appearing at the event were KINLIN, ANGELS OF WAR, CHILDREN OF THE GRAVE, SCHOOL OF ROCK, JETTER and METALUSCIOUS. There were also appearances by special guests, ex-JUDAS PRIEST singer Tim "Ripper" Owens and legendary drummer Carmine Appice. Photos and video can be found below.

Joining Nicko in TITANIUM TART are Rob Stokes on bass, Eldad Kira on keyboards, Mike Rivera and Mitch Tanne on guitar, and Paolo Velazquez on vocals.

At @rockandrollribs by Iron Maiden’s drummer Nicko McBrain. Met the drummer of @waspnationofficial and the bassist of @...

So last night I got to share a stage with these two legends. Somebody pinch me! So blessed! 🙏🤘🎹❤️
Carmine Appice Nicko Mcbrain

Nicko McBrain the drummer of IRON MAIDEN (for my friends that don't know) always nice to meet this guy.

Quick phone pic from behind Nicko Mcbrain of Iron Maiden while he plays with his band, Titanium Tart. #ironmaiden #ivanromerophotography #RocknRollRibs #nickomcbrain #titaniumtart 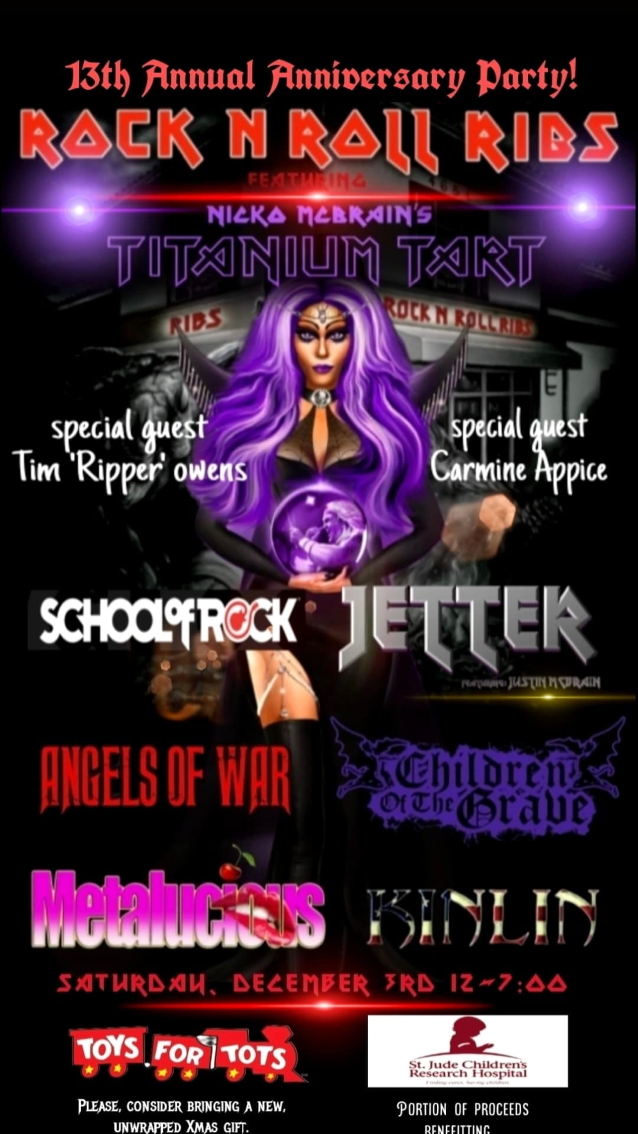