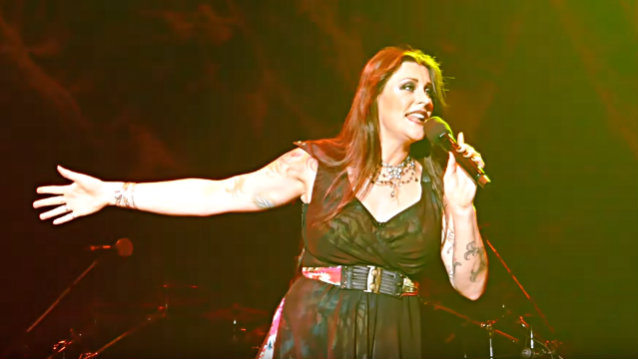 Fan-filmed video footage of NIGHTWISH's October 9 performance at the Loud Park festival in Tokyo, Japan can be seen below.

NIGHTWISH frontwoman Floor Jansen recently shot down rumors that she will leave the band after welcoming her first child in early 2017 during the group's previously announced year-long break. She told Mariskal Rock TV: "No, I won't [quit NIGHTWISH]. I love this way too much; don't worry. You don't even have negative speculations one way or another. Things are great, and let's keep on doing this forever."

NIGHTWISH has just completed the world tour in support of its latest studio album, 2015's "Endless Forms Most Beautiful".

NIGHTWISH will release "Vehicle Of Spirit" on November 4. The DVD will feature the band's performance from the Wembley Arena in London, England, along with their show at Tampere, Finland's Ratina Stadion.