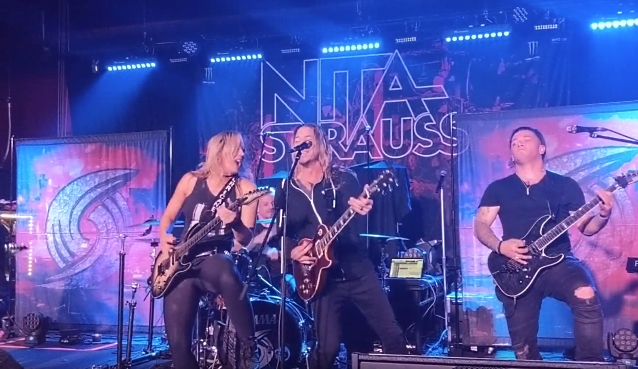 FOZZY members Rich Ward (guitar) and Frank Fontsere (drums) joined Nita Strauss and her solo band on stage on May 15 in Greenville, South Carolina to perform a cover version of the STUCK MOJO classic "Pigwalk". Fan-filmed video footage of the performance can be seen below.

Strauss supported FOZZY on three shows during the band's run of dates this week.

Ward and Fontsere are also members of STUCK MOJO, which formed in 1989 and is considered to be one of the pioneers of rap metal.

Nita previously said that "Pigwalk" was the first song she and her boyfriend/manager Josh Villalta — who also plays drums in her band — ever jammed together when they first started dating. 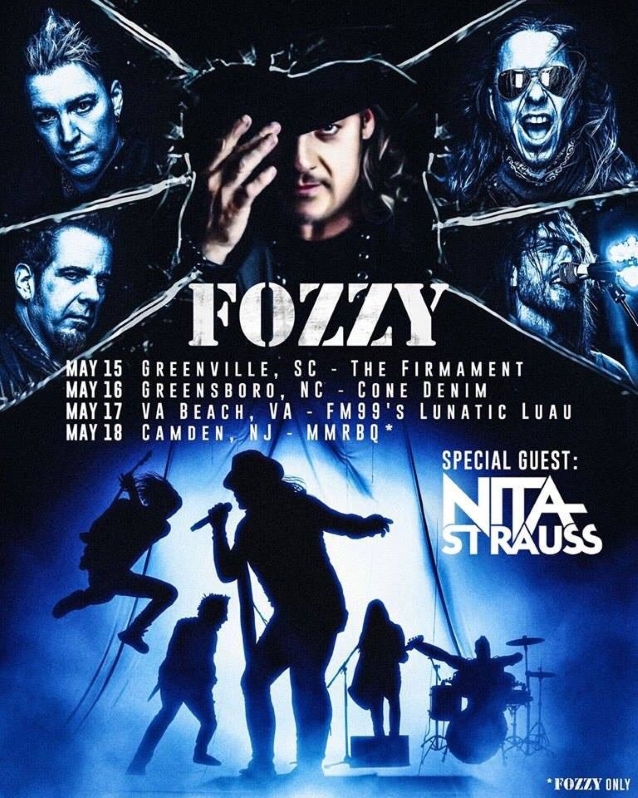