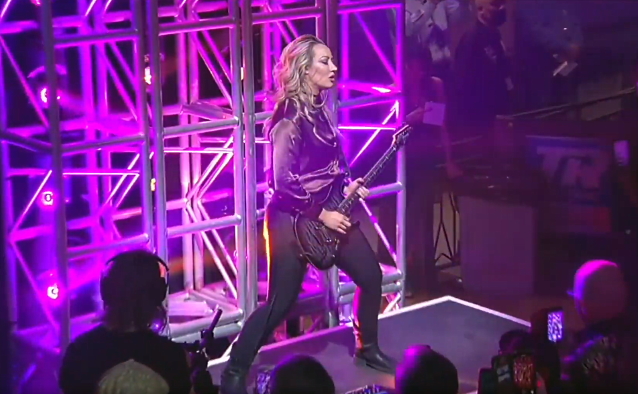 You can watch video of Nita's performance below.

Mayer emerged as the unified world champion with a unanimous decision win, earning victory from the judges with scores of 100-90, 99-91 and 98-92.

Nita and Mikaela have been friends since they were teenagers, when they played and toured together in Los Angeles metal band LIA-FAIL. Once the short-lived act fell apart, both women went in separate directions with Mayer turning her focus to fighting and Strauss doubling down and further pursuing her career as a world-renowned guitarist, performer and solo artist. With both women now operating at the very top of their respective games, it made sense that the time was right to once again reunite and take to the stage together once again when Nita soundtracked Mikaela's walk-out for her history-making bout.

Last month, Nita shared "Dead Inside", her first new music since the release of her critically acclaimed debut solo album "Controlled Chaos" in 2018. The track is her first-ever solo collaboration with a vocalist, David Draiman, frontman of Grammy-nominated rock icons DISTURBED. 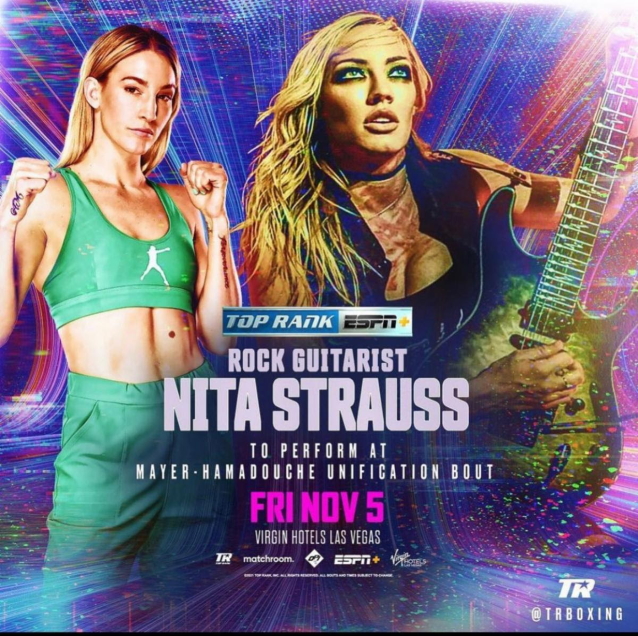