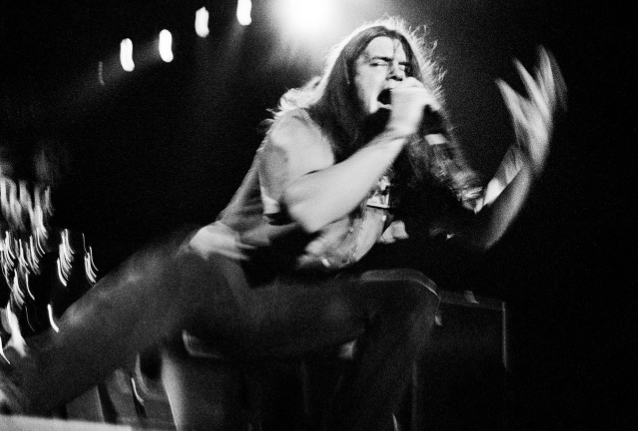 See Official Trailer For SHANNON HOON Documentary 'All I Can Say'

Oscilloscope Laboratories will theatrically release the feature documentary "All I Can Say" in virtual cinemas, record stores, and music venues on June 26. A rare autobiography of Shannon Hoon, the late lead singer of the rock band BLIND MELON, the film was created solely with Hoon's own footage, voice, and music, and stands as a masterful cinematic achievement completed 23 years after his death.

The official trailer for "All I Can Say" can be seen below.

For more information and a full list of playdates and locations for "All I Can Say", please visit AllICanSay.Oscilloscope.net.

Founded in 1990, BLIND MELON launched its self-titled debut in 1992 with a southern-psych-rock influenced album fused with 1990s-era alt-grunge that included the breakthrough single "No Rain". Its accompanying music video starred the now-iconic "Bee Girl" and earned heavy airplay on MTV, propelling the band to quadruple-platinum success. From 1990 to 1995, an era right before the Internet changed the world, Hoon used a video camera as his diary and closest confidant. Against a '90s backdrop of politics and culture, Hoon meticulously documented his life — BLIND MELON's rise to fame, his creative process, his family, his daughter's birth, and his struggle with addiction — all the way up until a few hours before his sudden death at the age of 28.

Twenty-three years later, directors Danny Clinch, Taryn Gould and Colleen Hennessy honed the hundreds of hours of recordings Hoon left behind to meticulously craft a compelling and intimately nuanced portrait of an artist on the rise. A virtuoso feat of filmmaking, "All I Can Say" is at once a decades-spanning collaborative work with the late musician, as well as an artistic homage to Shannon Hoon.