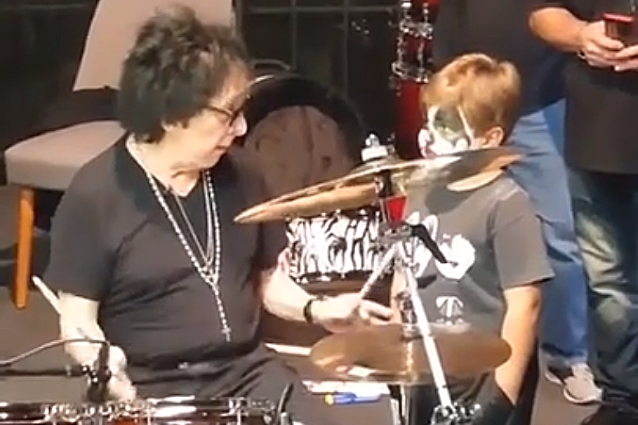 Original KISS drummer Peter Criss made an appearance at this year's "DW Day" on November 10 at Bentley's Drum Shop in Fresno, California. During the event, he took a few minutes to give a very young fan — dressed in a KISS t-shirt and sporting "Catman" makeup — some pointers and techniques to help him improve his time keeping. Check out video footage below.

KISS did not perform — the Hall Of Fame wanted the original quartet only to play, while Simmons and Paul Stanley insisted on the current lineup — which also includes guitarist Tommy Thayer — performing as well. In the end nobody won that battle. 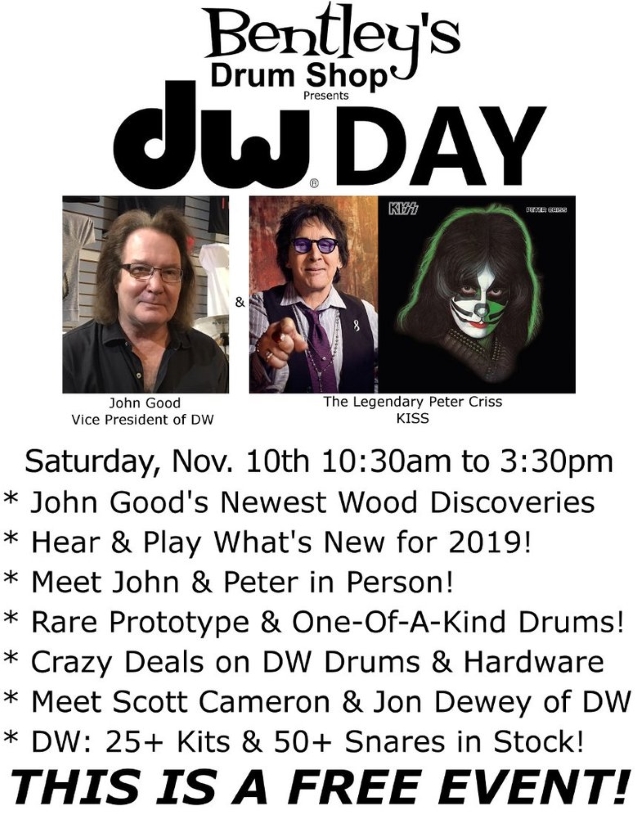