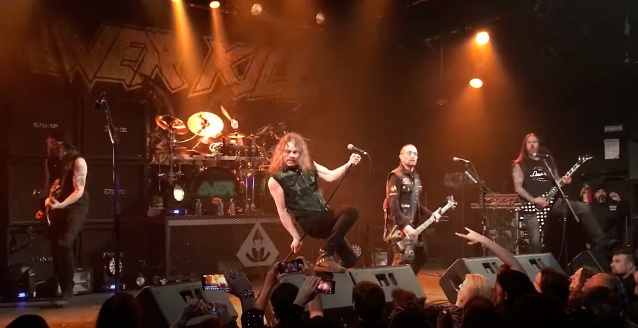 Fan-filmed video of OVERKILL's March 3 performance at The Chance Theater in Poughkeepsie, New York can be seen below.

Last month, OVERKILL frontman Bobby "Blitz" Ellsworth confirmed to the Chicago Tribune that guitarist Dave Linsk is sitting out the band's current U.S. tour due to "personal reasons" and is being temporarily replaced by former MACHINE HEAD and current VIO-LENCE guitarist Phil Demmel.

Demmel previously filled in for Linsk at OVERKILL's November 13, 2021 concert at The Wellmont Theater in Montclair, New Jersey. The gig marked OVERKILL's first pandemic-era performance — "609 f!!kin' days" after they were supposed to play the same venue before the coronavirus crisis forced everything to shut down.

Ellsworth and Demmel are bandmates in BPMD which released its debut album, "American Made", in June 2020 via Napalm Records. Also featuring drummer Mike Portnoy (THE WINERY DOGS, SONS OF APOLLO) and bassist Mark Menghi (METAL ALLEGIANCE),the LP was previously described as a "10-track homage to some of rock music's greatest treasures."

OVERKILL's U.S. tour with PRONG kicked off in Poughkeepsie and will conclude on March 19 in Stroudsburg, Pennsylvania.

In addition to the U.S. tour, OVERKILL has several international dates throughout the rest of the year, including a festival in the United Kingdom and concerts in Ireland in May; the Wacken Open Air festival in Germany plus other festival appearances in Romania and Germany in August; and a festival in Mexico in September.

OVERKILL has spent the last few months recording its new studio album for a tentative 2022 release.

In November 2020, OVERKILL bassist D.D. Verni told MetalAsylum.net that the band's new LP would be mixed by Colin Richardson. "He did a couple of records for us, and he's great," Verni said.

In June 2020, Ellsworth told A&P Reacts that the band's new songs were "a natural progression from 'The Grinding Wheel' [2017] and 'The Wings Of War' [2019]. I think when we had done the 'Ironbound' record [2010], it almost became like a trilogy in there — it was kind of like 'Ironbound', 'The Electric Age' [2012] and 'White Devil Armory' [2014], and they seemed to be the Father, Son and the Holy Ghost kind of a thing," he said. "I think we kind of broke the mold a little bit with 'The Grinding Wheel', and then I think a little bit more with 'The Wings Of War'. And on this one, I see it way more. And what I mean by that is that we've used other tools from our toolshed in the past, and that's the slow grind that is coupled with that fast gallop. So it feels like a natural progression, but maybe two records ahead of what 'The Wings Of War' is. And that's probably as objective as I can be." 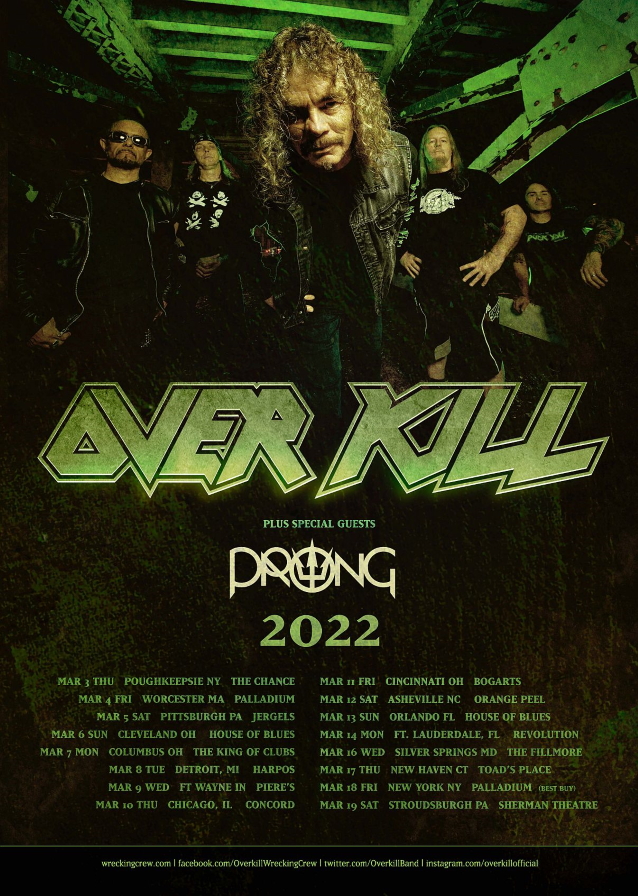