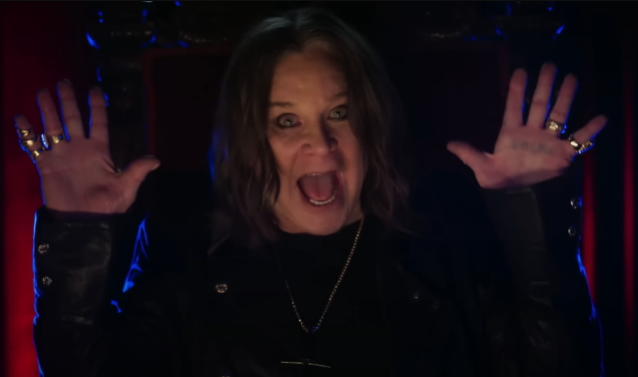 BLACK SABBATH's "War Pigs" was previously used by WWE for the NXT "Takeover: WarGames" event in 2020.

Earlier in the year, Ozzy's song "Parasite" was announced as the official theme song for "Survivor Series WarGames".

In the past, two other Ozzy songs had been used by WWE. In 2007, "I Don't Wanna Stop" was the official theme song for "Judgment Day". The BLACK SABBATH frontman even performed it on "SmackDown" a week before the event. "Straight To Hell" was also used twice in the promotion, having been selected as the official theme song for the 2021 and 2022 "Hell In A Cell" premium live events.

Ozzy's first appearance at a WWE event was at "WrestleMania II" where he, alongside Capt. Lou Albano, managed the British Bulldogs to a tag team championship win against The Dream Team. Years later, in November 2009, Ozzy was seen alongside his wife and manager, Sharon, as "Monday Night RAW"'s guest host.

.@OzzyOsbourne shares a message with the WWE Universe about his latest album, "Patient Number 9." pic.twitter.com/m2cHa7RcRV