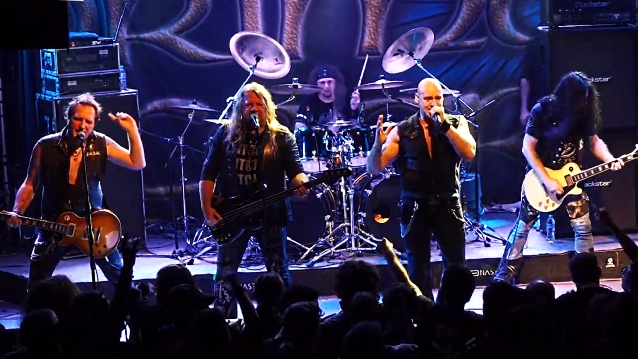 Rockway.gr has uploaded video footage of PRIMAL FEAR's January 13 concert at Kyttaro club in Athens, Greece. Check out the clips below.

Production of the record started at the end of 2017 and was wrapped by spring 2018 at Hansen Studios is Denmark with producer Mat Sinner and engineer/mixer Jacob Hansen.

PRIMAL FEAR recently released the official lyric video for the song "Crucify Me". The track is featured on a new seven-inch vinyl single — limited to just 1,000 copies — made available to celebrate the band's return to Nuclear Blast Records. Also featured on the single is a live version of the classic "Nuclear Fire".

The relationship between the German metal commandos and the label from southern Germany goes back over 20 years, since PRIMAL FEAR released its self-titled debut in February 1998 via Nuclear Blast. The record hit the Top 50 in the German Media Control chart, where it stayed for a sensational three weeks. They later released classics such as "Jaws Of Death" (1999),"Nuclear Fire" (2001),"Black Sun" (2002),"Devil's Ground" (2004) and "Seven Seals" (2005) before parting ways with Nuclear Blast for a while and releasing another six very successful albums, including "Apocalypse".

Founding member of the band Mat Sinner commented: "We are coming home to the No. 1 metal label and we're really looking forward to working with Markus Staiger and his team. All the incredibly positive reactions to the most recent PRIMAL FEAR album 'Apocalypse' from fans and the press have been a great motivation for us to get started with songwriting for another amazing new album, in collaboration with Nuclear Blast." 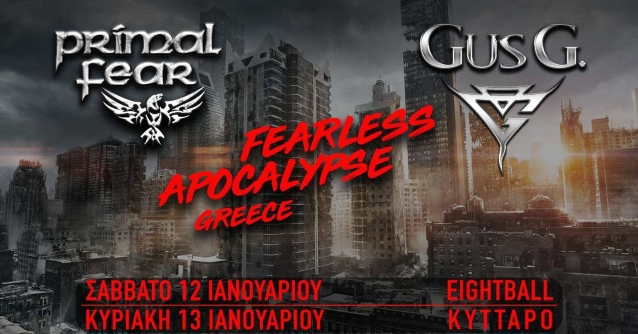