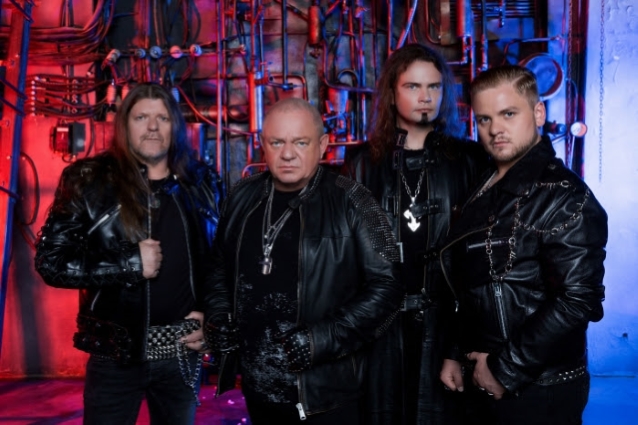 Professionally filmed video footage of DIRKSCHNEIDER's August 18 performance at the Summer Breeze festival in Dinkelsbühl, Germany can be seen below (courtesy of the German TV program "Rockpalast").

Singer Udo Dirkschneider has spent the last two years touring under the DIRKSCHNEIDER banner, performing classic ACCEPT songs for the last time. The trek, which was originally supposed to conclude with the band's North American run in January/February 2017, has now been extended through the fall of 2018.

In addition to Udo, the DIRKSCHNEIDER and U.D.O. bands include Sven Dirkschneider on drums, Fitty Wienhold on bass, and Andrey Smirnov on guitar.

DIRKSCHNEIDER released "Live - Back To The Roots - Accepted!" in August 2017 as a DVD/2CD, Blu-ray/2CD and gatefold triple vinyl in two different colors.

After putting out the live double CD in 2016, fans were asking for a visual output, so finally, in December 2016, the show in Brno, Czech Republic was recorded for that purpose. Besides many classics from Dirkscheider's ACCEPT era, there's a cover version of Frank Sinatra's "My Way" as a bonus track on the CD and vinyl.

U.D.O.'s new album, "Steelfactory", will be released on August 31 via AFM.