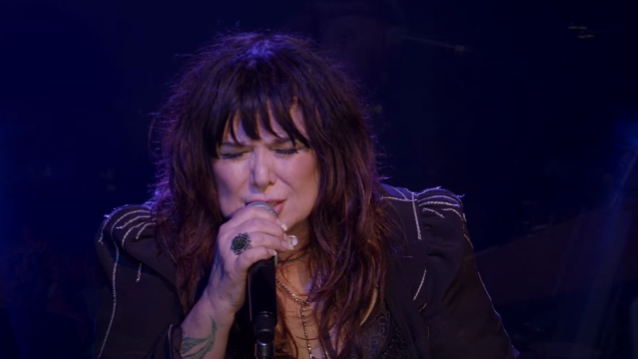 Professionally filmed video of HEART's Ann Wilson and her solo band THE AMAZING DAWGS performing covers of classic songs by QUEEN, John Lennon, THE WHO, AEROSMITH and LED ZEPPELIN on August 18, 2021 at the Hampton Beach Casino Ballroom in Hampton Beach, New Hampshire can be seen below.

Four months ago, Wilson and THE AMAZING DAWGSreleased a live EP called "Howlen Live". Joining Ann in the group are Tom Bukovac on lead guitar, Tony Lucido on bass, Paul Moak on guitar and keyboards, and Sean Lane on drums.

In April, Ann released another new single, "Black Wing". It is one of several songs the HEART frontwoman recorded in the fall of 2020 in Seattle with the help of local musicians, including current HEART bassist Andy Stoller and keyboardist Dan Walker. In addition to "Black Wing", Wilson recorded "Tender Heart" as well as covers of Steve Earle's "The Revolution Starts Now" and ALICE IN CHAINS' "Rooster", all three of which have been released as singles, plus another original, "The Hammer", which came out in February. 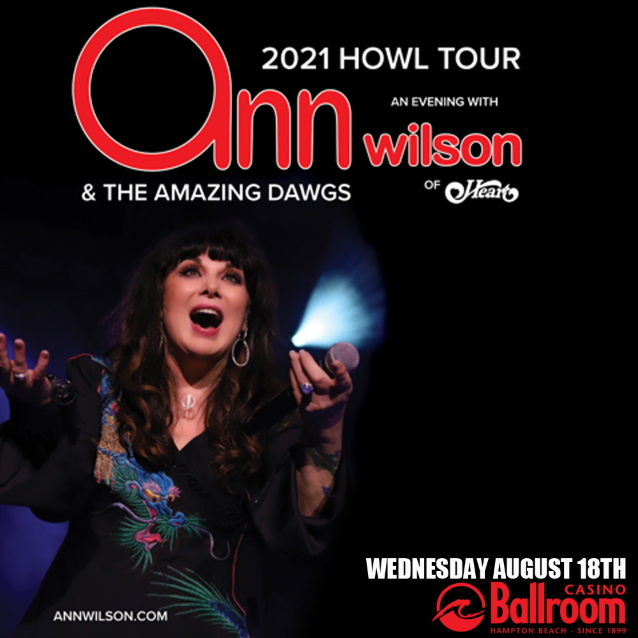