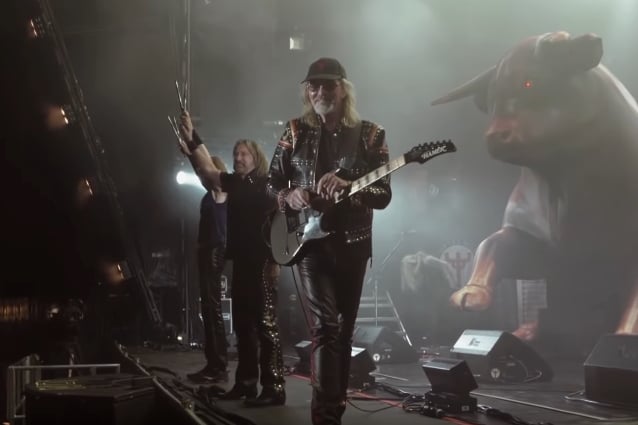 Professionally filmed video footage of JUDAS PRIEST performing the song "Living After Midnight" on August 15, 2021 at the Bloodstock Open Air festival, which took place at Catton Park, Walton-on-Trent, United Kingdom, can be seen below.