Professionally filmed video footage of MACHINE HEAD's entire October 19 concert at Progresja in Warsaw, Poland can be seen below. The show, which was part of the European leg of MACHINE HEAD's 25th-anniversary tour for the band's classic debut, "Burn My Eyes", was originally livestreamed via the group's Facebook page.

MACHINE HEAD's setlist for the Warsaw show was as follows: 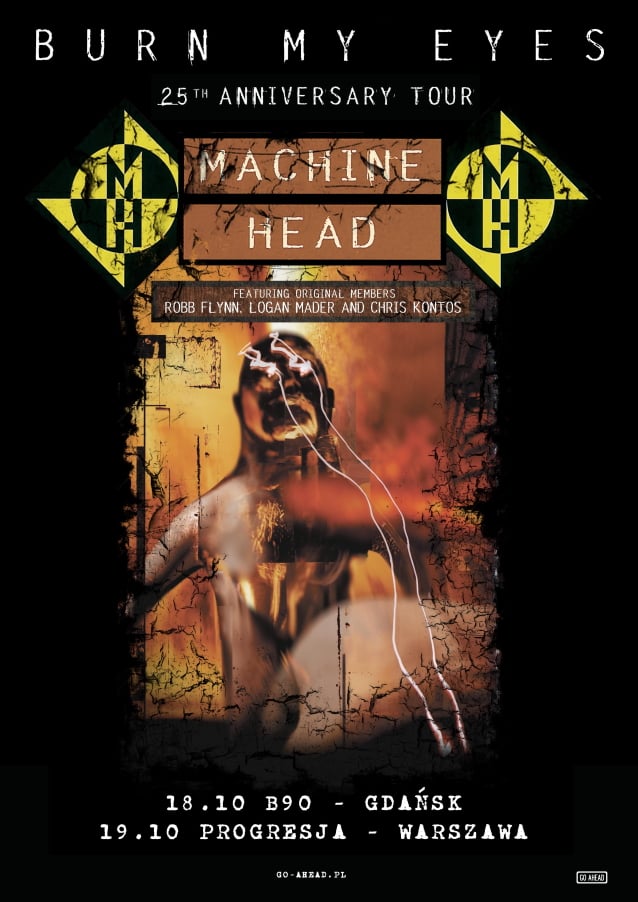