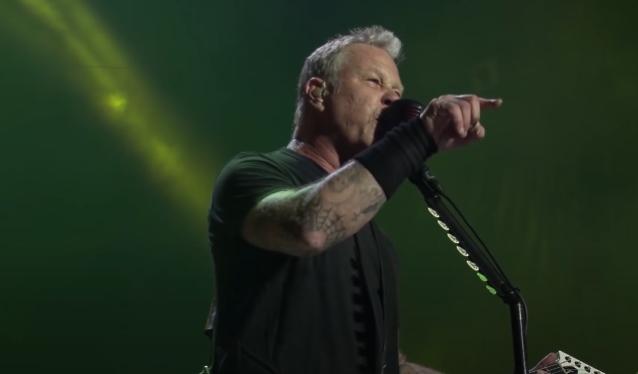 Professionally filmed video footage of METALLICA performing the song "Holier Than Thou" on the second night of ATLive on November 6 at the Mercedes-Benz Stadium in Atlanta, Georgia can be seen below.

When the event was first announced in July, METALLICA said in a statement: "We're honored to be part of the second annual ATLive two-day festival — featuring two unique, separately ticketed events — this fall when we'll be hitting the stage with our friends CAGE THE ELEPHANT and GRETA VAN FLEET. Night one features country music's finest with George Strait, Eric Church and Caitlyn Smith kicking off the weekend.

"Presented by AMB Sports and Entertainment, the organization will generously be donating a portion of the proceeds from ATLive to All Within My Hands to help our foundation further its work in the fight against hunger."

The second annual ATLive feature iconic artists from both country and rock on back-to-back nights.

ATLive, a multi-genre concert series developed and promoted by AMB Sports and Entertainment, is the premier destination concert series for the city of Atlanta. The event also provides the opportunity to give back through purpose-driven philanthropic initiatives, aligning with the organization's core values. This year, AMBSE is partnering with George Strait and his longstanding partners at the Military Warriors Support Foundation as well as METALLICA's All Within My Hands nonprofit to donate a portion of the proceeds from ATLive to providing housing for wounded veterans and feeding the hungry.

Tim Zulawski, chief revenue officer for AMB Sports and Entertainment, told The Atlanta Journal-Constitution that the idea for ATLive began percolating about five years ago.

"You have 365 days in a calendar year and yes, we want to make the stadium full every day to make money, but also because it means you're putting on great content," Zulawski said. "There are only so many pieces of content that puts 50,000 people in a building and [live music] is one of them." 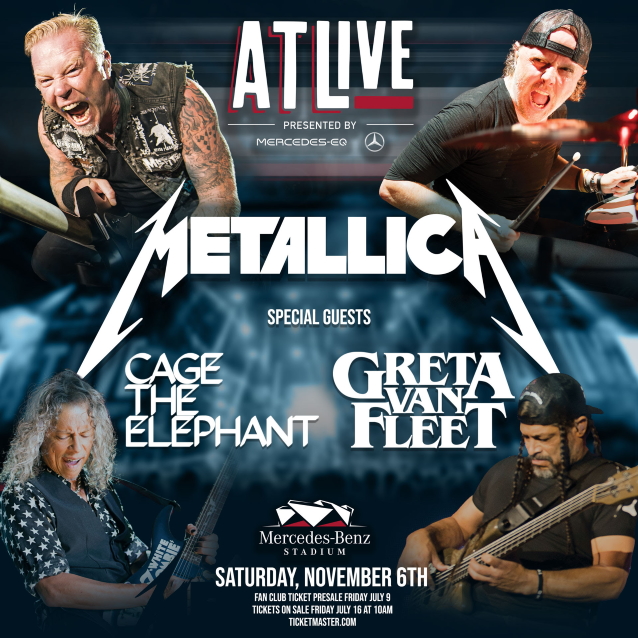