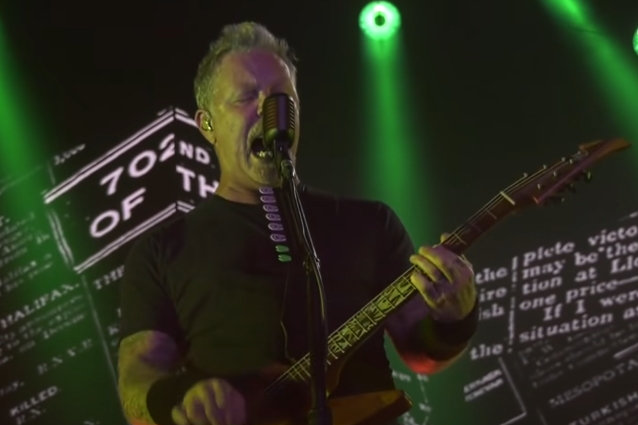 Professionally filmed video of METALLICA performing the song "One" live during the band's first headlining set at the Welcome To Rockville festival on Friday, November 12 at the Daytona International Speedway in Daytona Beach, Florida can be seen below.

METALLICA played another show at Welcome To Rockville with a different setlist on Sunday, November 14.