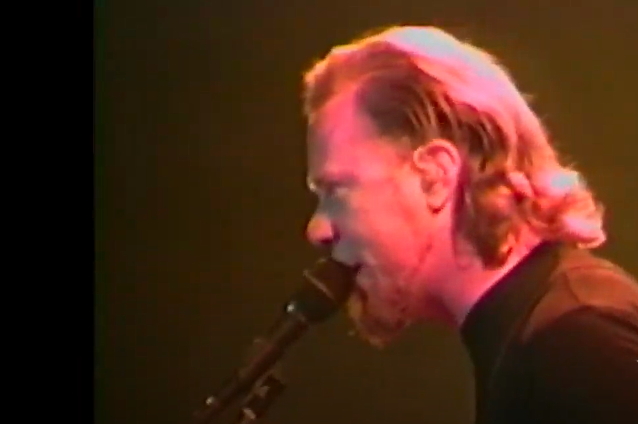 METALLICA has posted another video as part of its new concert series, "#MetallicaMondays", where the band is streaming a complete live show for fans on the group's YouTube channel and on Facebook every week. The latest concert to be shared was recorded on May 2, 1999 at at Parque Simón Bolívar in Bogotá, Colombia.

Says the band: "We dug through the dusty, old VHS tapes in Lars' [Ulrich, drums] vault to uncover this show, which was not only the first time we played in Bogotá, but anywhere in Colombia."