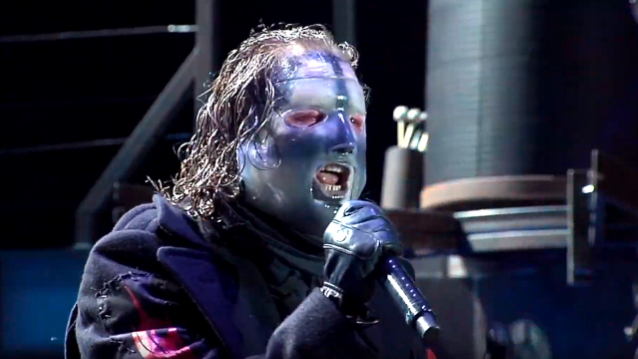 Professionally filmed video footage of SLIPKNOT's entire July 5, 2019 performance at the Resurrection Fest in Viveiro, Lugo, Spain can be seen below.

SLIPKNOT is continuing to tour in support of its latest album, "We Are Not Your Kind", which came out last August. The disc sold 118,000 equivalent album units in the U.S. in its first week of release to land at position No. 1 on the Billboard 200 chart. Furthermore, the album made an impact worldwide with No. 1 debuts in the United Kingdom, Mexico, Australia, Canada, Japan, Ireland, Belgium, Portugal and Finland, as well as Top 5 debuts in Germany, France, Norway, Italy, Austria, Sweden, Switzerland, The Netherlands, Poland, Spain and New Zealand.