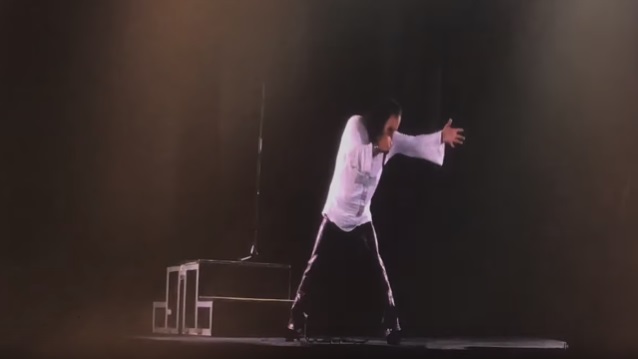 "Dio Returns: The World Tour" — featuring Ronnie James Dio reuniting via hologram with his DIO bandmates — played its third show this past Saturday, December 9 at Progresja in Warsaw, Poland. The Ronnie hologram performed throughout the show, treating fans to an alternating setlist that featured songs such as "Rainbow In The Dark", "We Rock", "Neon Nights", "King Of Rock And Roll", "Man On The Silver Mountain", "Heaven And Hell", "Holy Diver" and more.

Fan-filmed video footage of the Warsaw concert can be seen below.

"Dio Returns: The World Tour" will also make stops in Spain, Romania, United Kingdom, Netherlands and Belgium before the end of 2017.

In a recent post on the DIO DISCIPLES Facebook page, Goldy defended DIO DISCIPLES' decision to tour with Ronnie's hologram, calling it "a gift to the fans" which will be "given in the same spirit in which Ronnie gave."

He explained: "People don't remember, but Wendy [Dio, Ronnie's wife and manager] was a big part of how that whole 'Sacred Heart' stage set was built, put together and without hiking up the ticket prices too. Same thing for the 'Dream Evil' tour, with a giant metal spider that came down out of the rafters and I shot it with lasers out of my guitar and then wherever I pointed my guitar, an explosion would occur. It was magical days with magical people behind that magic. This hologram is just that."

According to Goldy, DIO DISCIPLES' performances with the Ronnie James Dio hologram will serve an opportunity for people who "never got to see Ronnie on stage with BLACK SABBATH and RAINBOW" to experience some of the original magic.

"This is something that is done in the name of love, honor, missing him and respect — nothing else," he said. "And that is the truth. People's opinion does not alter the truth. It only alters the perception of truth. So this hologram tour is meant to honor the man and his music in the same spirit in which that man gave to this world... so we now give. And people will be missing out on an incredible experience if they let bad comments make that decision for them."

Craig added that "Ronnie would approve of this hologram being done in the way it is being done. I'm sure that anyone who has worked as hard as he did, and has made as big of a worldwide impact as he did, would like their name and memory carried on by those people that he loved and surrounded himself with by choice."

Englen told "The Blairing Out With Eric Blair Show" in October that "Dio Returns" will see him and his bandmates perform "quite a few songs with the hologram — probably, I would say, about half or maybe more than half. And then the rest of them are gonna be without the hologram, with 'Ripper' Owens and Oni Logan singing," he said. "So it's gonna be the DIO DISCIPLES. And the hologram is gonna be in the middle of the stage, but I don't wanna reveal too much. It's quite a large… it needs quite a bit of space onstage, so hopefully most of the venues are gonna be able to accommodate that, as far as the places that haven't been booked yet. But we're excited about it. It's gonna be great." 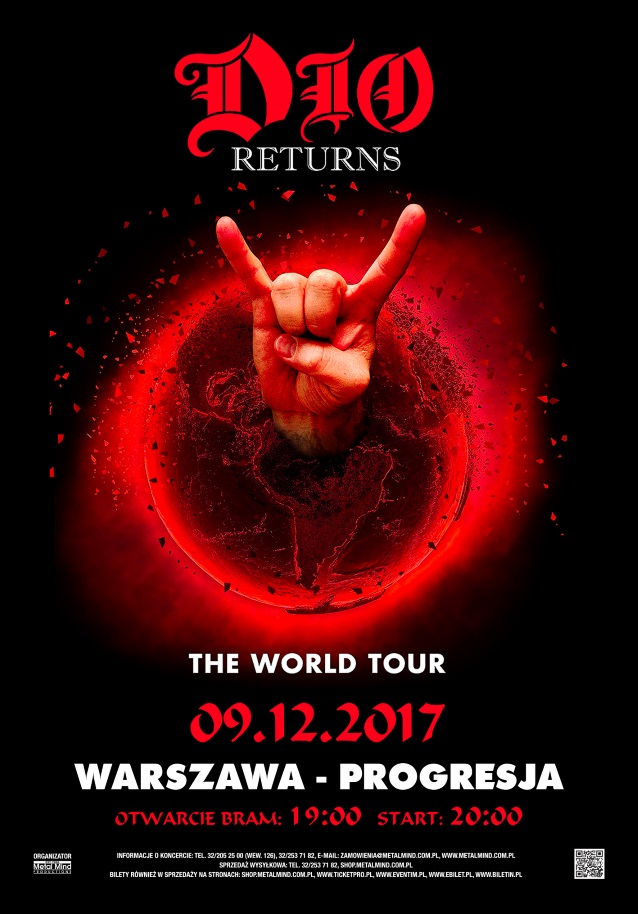