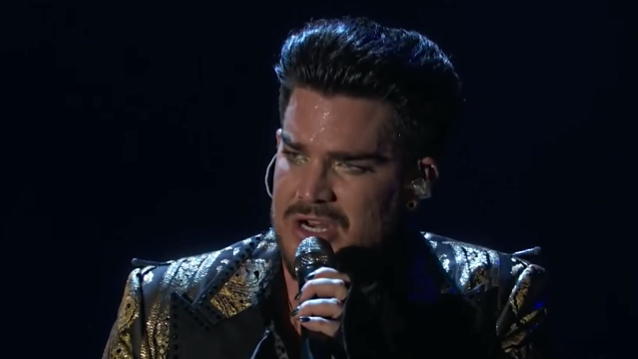 QUEEN + ADAM LAMBERT was among the headliners of the 2019 Global Citizen Festival, which took place on September 28 in New York City's Central Park.

The festival happened at the end of the United Nations General Assembly week in New York City and is designed to call on world leaders to make real, impactful commitments toward achieving the UN's Global Goals for Sustainable Development.

An estimated 60,000 Global Citizens in attendance — and millions more watching the broadcast and livestreams on Twitter and YouTube — joined the artist lineup to put pressure on governments, businesses, and philanthropists to uphold their responsibilities toward empowering women and girls around the world, combating plastic pollution to protect the poorest parts of the planet, improving the quality of health care and nutrition, and unlocking human potential through quality education, skills, and health.

The commitments made this year will help to set the agenda for the final 10-year push to achieve the Global Goals by 2030.

The organization is calling on governments to raise $250 million for the Education Cannot Wait fund's 2019 replenishment, to ensure children can access education even in times of crisis; make commitments to the Global Fund's $14 billion fundraising drive to save 16 million lives and cut mortality rates from AIDS, tuberculosis, and malaria in half by 2023; and allocate $350 million to the UN Population Fund to provide family planning and critical health services to the world's poorest women.

Global Citizen is also asking multinational companies to commit to procuring $100 million of their products and services from women-owned businesses — primarily located in developing countries — and for governments to fund the final push to eradicate polio once and for all.

Over the past eight years, Global Citizen has secured nearly $38 billion in commitments toward the UN's Global Goals from governments, companies, and foundations, set to affect the lives of more than 2.25 billion people. This year will add to the momentum in the fight to end extreme poverty by 2030.

Since the first Global Citizen Festival in New York in 2012, Global Citizen has grown into one of the largest, most visible platforms for people around the world calling on world leaders to honor their responsibilities in achieving the United Nations Sustainable Development Goals and ending extreme poverty by 2030. Global Citizens have generated commitments and policy announcements from leaders valued at over $37.9 billion that are set to affect the lives of more than 2.25 billion people.

"Like Live Aid in 1985, we believe this concert will be a milestone," QUEEN's Brian May said. "It will generate practical solutions to address the world's glaring anomalies. Global Citizen is an organization which has already moved mountains. We hope this concert will be the beginning of a new era in which all creatures on Earth will eventually benefit." 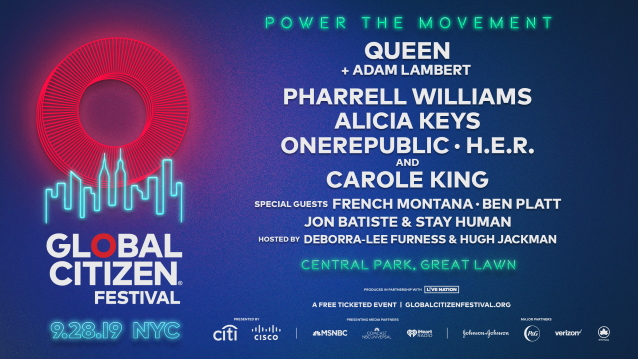