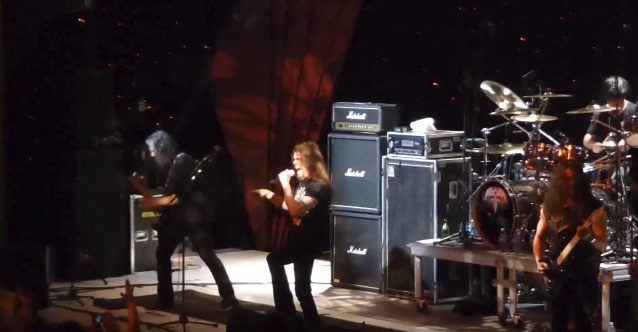 Fan-filmed video footage of QUEENSRŸCHE performing the song "Queen Of The Reich" on February 12 during this year's Monsters Of Rock Cruise can be seen below.

QUEENSRŸCHE is expected to enter the studio soon to begin recording its new album for a tentative mid-2018 release via Century Media. Helming the disc once again will be Chris "Zeuss" Harris, who previously worked on 2015's "Condition Hüman".

QUEENSRŸCHE singer Todd La Torre told KNAC.COM in December that the band had just spent "about 10 days doing pre-production" for its next album. "We had about 30 song ideas," he said. "Some of them were fairly completed, some were completed, others were just ideas. And so we've narrowed things down to about 13 songs right now. So if we have 10 to 12 songs on the record that are super solid, we'll be happy with that. But yeah, we're working with Chris, and he's done a great job. You know, after you've been sitting on songs a long time, you just kinda feel like you've taken as far as you can. Sometimes you're burned out on the material and it needs that fresh ear to come in and help orchestrate things and find a better arrangement."

Asked where he is getting his lyrical inspirations from for the new QUEENSRŸCHE material, Todd said: "A lot of the stuff on this, I think, just has to do with, again, the political spectrum and just what's going on in the world. And QUEENSRŸCHE always injected those kinds of topics in their content. And so a lot of it has to do with just what's going on socially and politically, and globally and these subjects are timeless. So, if you listen to songs from the '60s that have to do with social discourse and stuff like that, it still applies today."

Former KAMELOT drummer Casey Grillo made his live debut with with QUEENSRŸCHE last April at Sycuan Casino in El Cajon, California. He is filling in for regular QUEENSRŸCHE drummer Scott Rockenfield, who is taking time off from the band's touring activities to spend time with his young son, appropriately named Rockson. 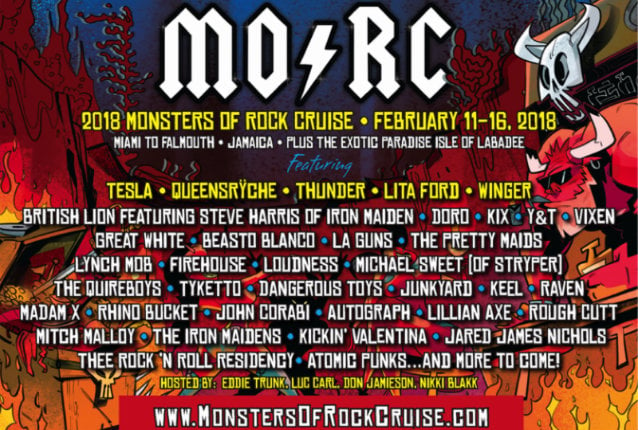