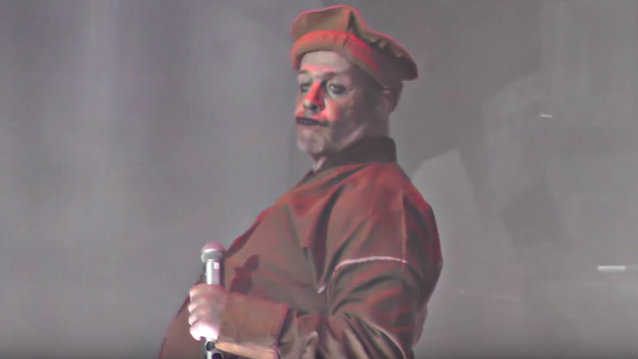 Fan-filmed video footage of RAMMSTEIN's May 28 concert at Eden Aréna in Prague, Czech Republic can be seen below.

"Paris", the new concert DVD and Blu-ray from RAMMSTEIN, was released on May 19. The set was recorded in March 2012 at the then-named Palais Omnisports de Paris-Bercy in Paris (now AccorHotels Arena) during RAMMSTEIN's "Made In Germany" tour, and was helmed by the band's longtime collaborator, Swedish director Jonas Åkerlund. Åkerlund has also worked with METALLICA, SATYRICON, MADONNA and THE PRODIGY, among others.