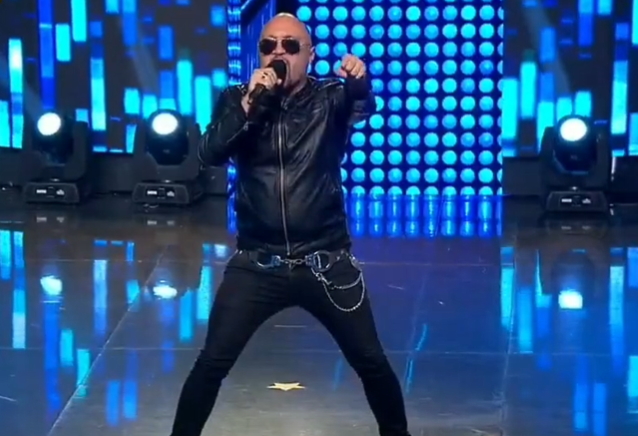 Alex Jekyl, vocalist and guitarist of the Venezuelan hard rock band JEKYL HYDES, was a guest on the March 24 episode of the Peruvian singing and impersonation competition show "Yo Soy". For his appearance on the program, Alex performed a version of the JUDAS PRIEST classic "Breaking The Law" while sporting a head-to-toe leather look as a nod to PRIEST singer Rob Halford.

"Yo Soy" is a local version of the European program "I Am". Three judges chose the best impersonators based on physical appearance, singing ability and, of course, stage presence.

Back in 2016, "Yo Soy" made international headlines when footage of Peruvian singer Ramiro Saavedra performing NIRVANA songs on the show in 2012 went viral. Saavedra apparently did such a convincing job that fans claimed NIRVANA singer Kurt Cobain was still alive. NIRVANA later denied the report on its official Facebook page, writing in a tongue-in-cheek note that: "It is true, Kurt is alive. He needed time to learn to play the guitar with his right hand. Finding left-handed guitars is not easy. We are so happy to have him back and forgive him for all of the sadness that we have held so deeply in our hearts."