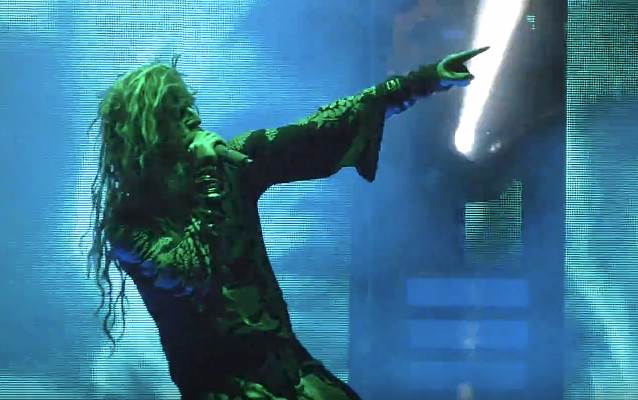 Rob Zombie performed an extended set Thursday night (July 26) at the Budweiser Stage in Toronto, Ontario, Canada after touring mate Marilyn Manson was forced to cancel his appearance "due to an unforeseen illness."

Zombie's set included a cover of "Sweet Dreams (Are Made of This)", a song originally written and performed by EURYTHMICS, and reinterpreted by Manson in 1995 on the "Smells Like Children" EP.

Fan-filmed video footage of Zombie's version of "Sweet Dreams (Are Made of This)" can be seen below.

Rob Zombie and Marilyn Manson kicked off their "Twins Of Evil: The Second Coming" tour on July 11 at Detroit's DTE Energy Music Theatre.