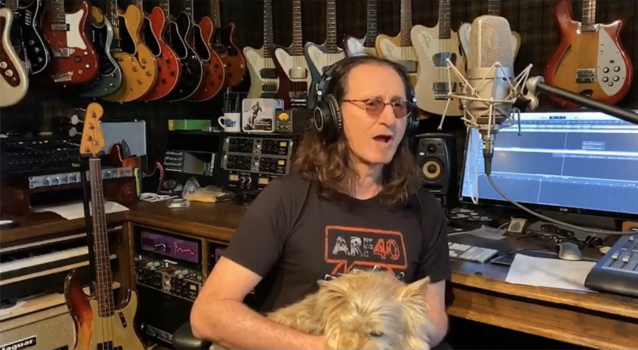 RUSH's Geddy Lee is one of about 25 Canadian artists who have recorded an an all-star charity cover of soul legend Bill Withers's seminal song "Lean On Me". The single, produced by Jon Levine, also includes Avril Lavigne, Bryan Adams, Jann Arden, Justin Bieber, Michael Bublé, Sarah McLachlan, Serena Ryder and WALK OFF THE EARTH, under the collective banner ArtistsCAN. The initiative, led by artists Tyler Shaw and Fefe Dobson, will see all proceeds support the Canadian Red Cross response to COVID-19 in Canada.

The accompanying video for the single kicked off the charitable endeavor with the premiere of the song on Sunday evening's historic national, multi-broadcaster event "Stronger Together, Tous Ensemble". Produced by The Young Astronauts, the video not only features contributed homemade footage of each vocalist but also boasts more than 50 Canadians helping spread the message of support and unity.

Shaw said: "When I heard of Bill Withers's passing, I was listening to all his legendary music, and I really dove into the lyrics of 'Lean On Me', a song I've heard hundreds of times, but now in this current climate, the lyrics seem more profound than ever. I wanted to cover it; I wanted to help. I called Fefe, we called more people, and more people. And in a really short time we had this incredible song, with a message I think people need to hear right now, all while raising money for something every single one of us is affected by."

All proceeds of the ArtistsCAN single are donated to the Canadian Red Cross to help fight COVID-19 in Canada. Canadians can contribute to the initiative by simply streaming the song, viewing the official music video, or downloading the single. To make a monetary contribution just text LEANONME to 20222 (standard text messaging rates apply) or go to www.redcross.ca/leanonme.

"ArtistsCAN is true artist-to-artist connection," said Dobson. "We've come together to help how we can. We know there a lot of people who are struggling, who have lost their jobs, who can't financially contribute. So this is a way to help because by just streaming the song, or watching the video, the proceeds go directly to the Canadian Red Cross to help fight this virus."

ArtistsCAN is (in alphabetical order by first letter): 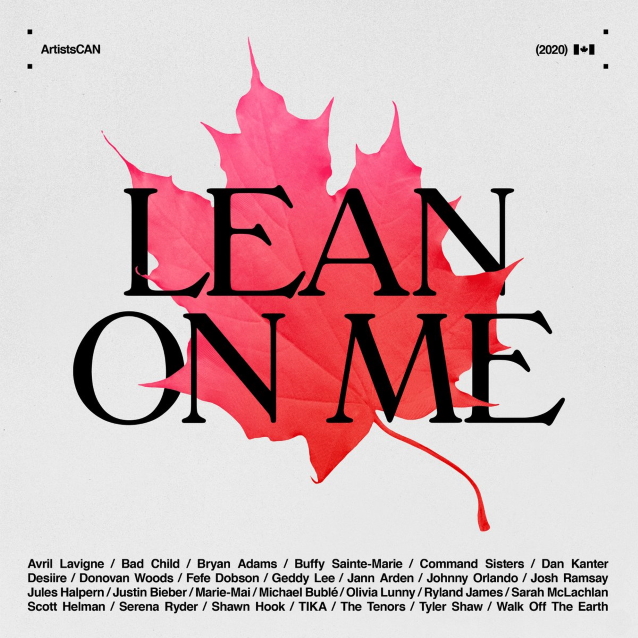