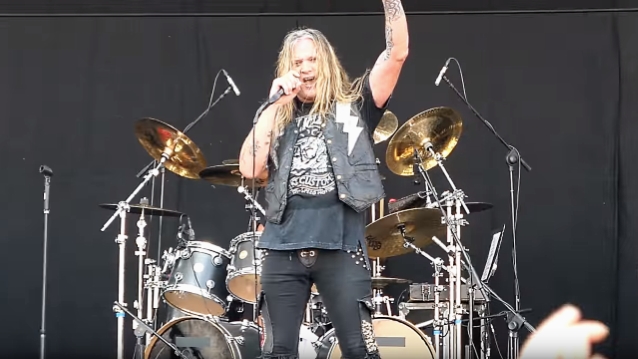 Fan-filmed video footage of Sebastian Bach's July 6 performance at the Rock The Castle festival at Castello Scaligero in Villafranca Di Verona (VR),Italy can be seen below.

Bach recently issued an "open invitation" to the other members of SKID ROW's classic lineup to "get onstage and jam" during the vocalist's upcoming tour, in which he will celebrate the 30th anniversary of the band's self-titled debut by performing the album in its entirety.

Asked if he has been contacted by any of his former bandmates about the upcoming tour, Sebastian told Consequence Of Sound: "I haven't heard back from them, would be my answer to you. I wish they could get along with my manager, Rick Sales, like everybody else does in the industry. What else can you do? I don't know what else to do. I'm 51, and this is the 30th anniversary of the first record I ever put out in my life. Would I like to celebrate it with the other four people who put it out? Yes, I would. But I'm also not going to wait around any longer — because I don't know how much longer I have, to be honest with you. I honestly don't know that."

During a June 6 interview with SiriusXM DJ Eddie Trunk, Bach invited "any original member in SKID ROW" — that is, drummer Rob Affuso, guitarist Scotti Hill, guitarist Dave "Snake" Sabo and bassist Rachel Bolan — to "get onstage and jam" during his upcoming tour, which kicks off on August 29 in Nashville, Tennessee.

Affuso — who left SKID ROW in 1998 and claims to be "the only former member that keeps in contact with all former SKID ROW bandmates and is still good friends with them all" — subsequently responded to Bach on Facebook, writing, "Sure! I'll be there dude."

It is not currently known where Affuso will perform with Bach, although it seems likely that the guest appearance will take place during Bach's September 25 show at Sony Hall in New York City.

Affuso has previously reunited with Bach to perform classic SKID ROW songs on at least two occasions — a 2011 show in Poughkeepsie, New York where Affuso played "I Remember You", and a 2016 show in the same city where he played "Rattlesnake Shake".

In recent years, Bach has been a vocal proponent of a SKID ROW reunion, a prospect continually shot down by Sabo and Bolan, the group's founding members. In 2012, reunion rumors peaked after the British festival Sonisphere featured the band's logo prominently on a leaked poster, but Bach later told the Boise Music Examiner that his former bandmates "did not want to do it." For his part, Affuso has said that he would not rejoin SKID ROW unless Bach also returned to the group.

Bach parted ways with SKID ROW in 1996. Three years later, the group resurfaced with vocalist Johnny Solinger, who fronted the band until 2015. After an eight-month stint with former TNT vocalist Tony Harnell — who Bolan said last year was a "really bad match" that "just didn't fit" — SKID ROW recruited former DRAGONFORCE vocalist ZP Theart, who has toured with the group for the past three and a half years.

Theart will appear on SKID ROW's forthcoming Michael Wagener-produced studio album, which will mark both the group's recording debut for Golden Robot Records and the conclusion of its "United World Rebellion" trilogy.

During a June 15 interview with Finland's Kaaos TV, Sabo confirmed that he would not accept Bach's latest overture. "I'm working with my band," he said. "This is SKID ROW, and this is what I do." 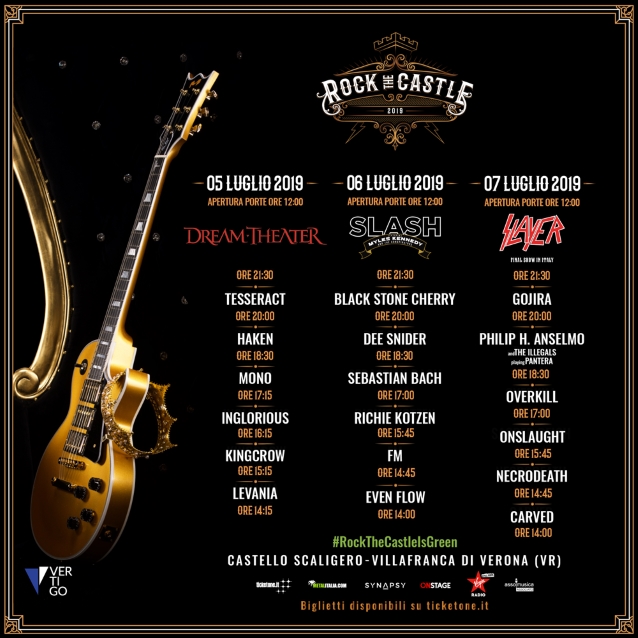