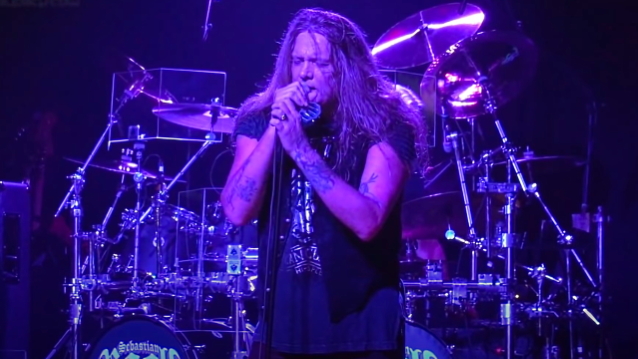 Says Sebastian: "I really miss seeing y'all like crazy! I am sharing this footage with you because I know you are all bored & stir crazy sitting around your house and I know you miss going out to shows as much as we miss playin' 'em! I have all this footage so why not post it for you all instead of endless cell phone videos! I will upload as much as I can for everyone during this crappy time! Turn it up and rock on! Hope to see you this October 2020 for the fingers crossed tour!!!"

During the trek, Sebastian usually opened his 15-song set with "Tornado" — the LP's final track — and "Forever" before the singer performed the rest of "Skid Row" in order. As an encore, Sebastian played two songs from SKID ROW's 1991 album "Slave To The Grind": the title track and "Monkey Business".

Last June, Bach issued an "open invitation" to the other members of SKID ROW's classic lineup to "get onstage and jam" during the vocalist's recent tour. A few days later, during an interview with Finland's Kaaos TV, guitarist Dave "Snake" Sabo confirmed that he would not accept Bach's latest overture. "I'm working with my band," he said. "This is SKID ROW, and this is what I do."