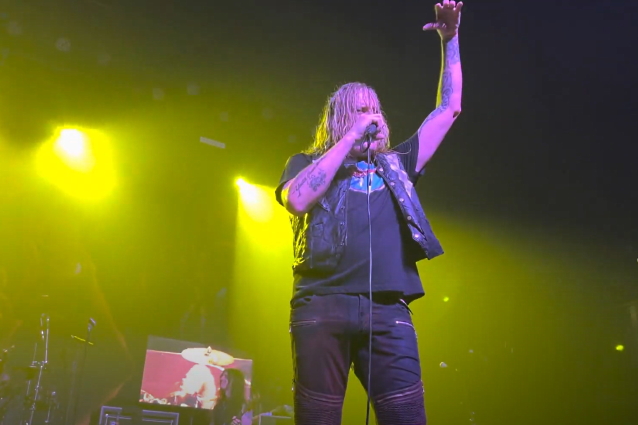 Fan-filmed video footage of Sebastian Bach's December 16 performance at The Fonda Theatre in Los Angeles, California can be seen below.

In October, Sebastian was asked in an interview with Rockin' Metal Revival if he ever regrets writing such high vocal parts that he now has to reproduce live on stage three decades later. He responded: "All I can tell you is that I've been singing so much in the last four or months. I can't tell you exactly what I was doing yet, but I will be able to. My voice is the same it's always been.