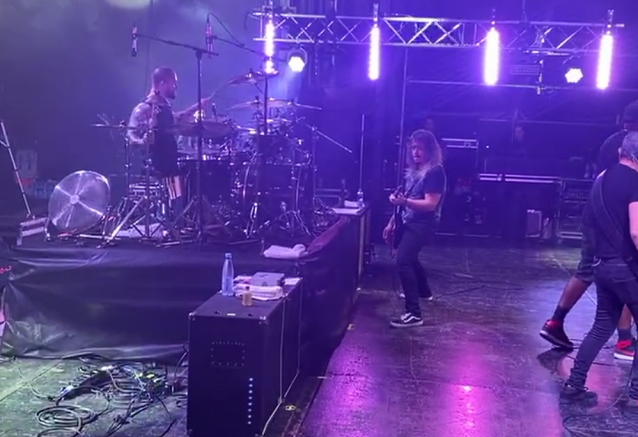 SEPULTURA played its first show with fill-in guitarist Jean Patton (PROJECT46) earlier tonight (Thursday, June 23) at the Kilkim Žaibu festival in Lithuania. Fan-filmed video and photos of the performance can be found below.

On Wednesday, SEPULTURA announced that guitarist Andreas Kisser was forced to leave the band's current European tour due to a "family emergency." In a statement on social media, the group said: "Unfortunately, @andreaskisser has returned home due to a family emergency. However, the show must go on, so we've tapped fellow Brazilian @jeanpatt6n (of @project46_oficial) to riff with until Andreas' return. Huge thanks to him for jumping in on short notice (practice is sounding great already!). Please join us in welcoming Jean and wishing Andreas the best. Tour continues tomorrow at @festival_kilkim_zaibu". 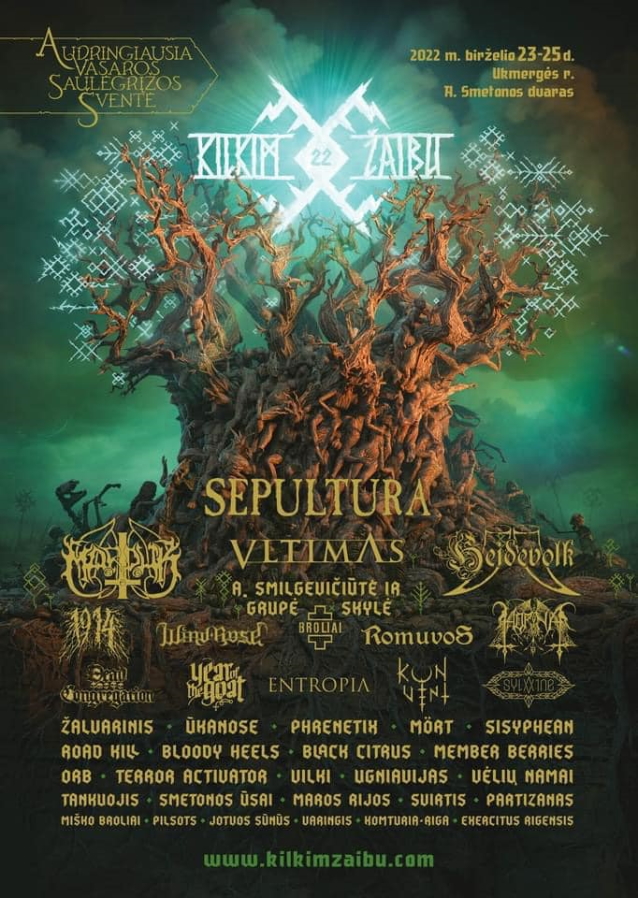