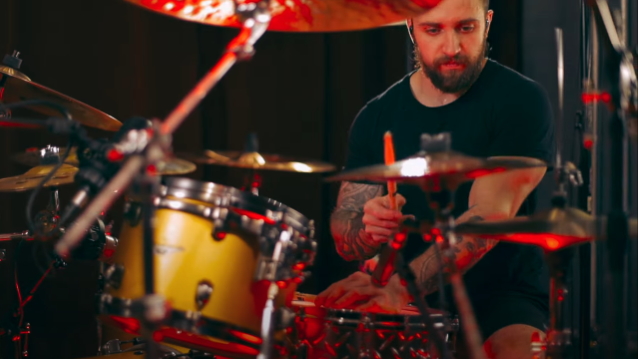 Video of SEPULTURA drummer Eloy Casagrande playing the song "Hope Refuge" from CASAGRANDE & HANYSZ, his prog metal project with João Hanysz, can be seen below.

CASAGRANDE & HANYSZ's debut EP, "Edge Of Chaos", was released in September. The effort was produced, recorded and mixed by Andre Kbelo and was mastered by Carlinhos Freitas.