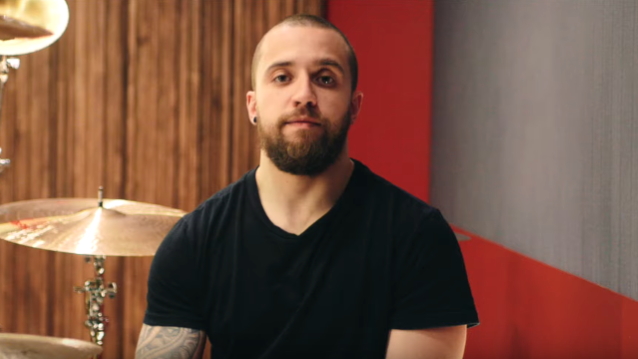 Video of SEPULTURA's Eloy Casagrande playing along to SLIPKNOT's classic song "The Heretic Anthem", from the 2001 album "Iowa", can be seen below.

Says Eloy about the clip: "No audio editing, no samples, no triggers. Audio recorded with the Yamaha EAD10. Video recorded and edited by Estevam Romera."

Last February, SEPULTURA singer Derrick Green told Australia's Everblack Media that Casagrande has had "a tremendous impact" on the group since he joined in 2011. "It's undeniable because he's such a strong force," he said. "He loves playing metal music. He's one of the most talented drummers I've ever seen, honestly. That power is consistent from beginning to the end. It really has rubbed off on all of us to really push ourselves further. He's such a perfect match for the band. He really is always influencing us in so many ways to really go beyond — above and beyond."