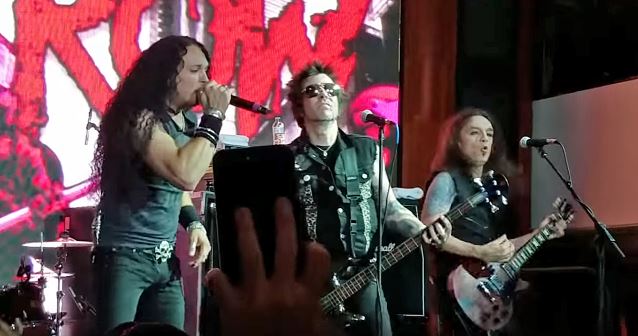 Fan-filmed video footage of SKID ROW's performance aboard The KISS Kruise VI, which took place earlier in the month, can be seen below.

Even though SKID ROW has been playing shows with the South African-born, British-based singer ZP Theart (DRAGONFORCE, TANK, I AM I) since the beginning of this year, guitarist Dave "Snake" Sabo has stopped short of calling him the band's official new frontman.

"We haven't even discussed it yet," Sabo told News-Press.com. "We just said, 'This feels really good and let's just do it.' It's who we are right now."

Theart's involvement with SKID ROW was exclusively reported by BLABBERMOUTH.NET on December 31, 2015. He stepped into the group following the departure of Tony Harnell, the TNT frontman who joined SKID ROW in April 2015 as the replacement for Johnny Solinger, the band's singer for fifteen years.

Sabo told News-Press.com that, Theart has been doing a great job on the road.

"He's come in," the guitarist said, "and he's a really great source of positive energy. He knew all of our songs coming in, and he knew them well. He started singing the crap out of all of them, and we were all very impressed."

Despite the fact that fans have been clamoring for a reunion of SKID ROW's most popular lineup for nearly twenty years, Sabo told The Aquarian Weekly a few months ago that SKID ROW had no intention of reconnecting with vocalist Sebastian Bach. "Happiness, to me, is my spirit and my soul is more important to me than having dollars in my wallet," he explained. "People may [not] believe that and that's okay. Anybody who knows me knows that to be true. I don't think you can place a price on happiness. We've been hit repeatedly over the years with, 'Why don't you do a reunion tour?' And you know what? I understand the question and I get it. I really do, and if I were on the outside, I'd be asking the same question, but no one feels comfortable with that idea."

Bach has publicly expressed his desire to reunite with his former bandmates, telling Loudwire earlier in the year: "I don't have any reason why not to do that. I have no animosity towards anybody in SKID ROW, and the fact that we're all, five of us, still alive in this world is a pretty amazing feat. So I would someday definitely like to hear the five guys who made those records play live together again. Yes, I would. 'Cause I'm a fan too." He added: "I'm up for it, if they are." 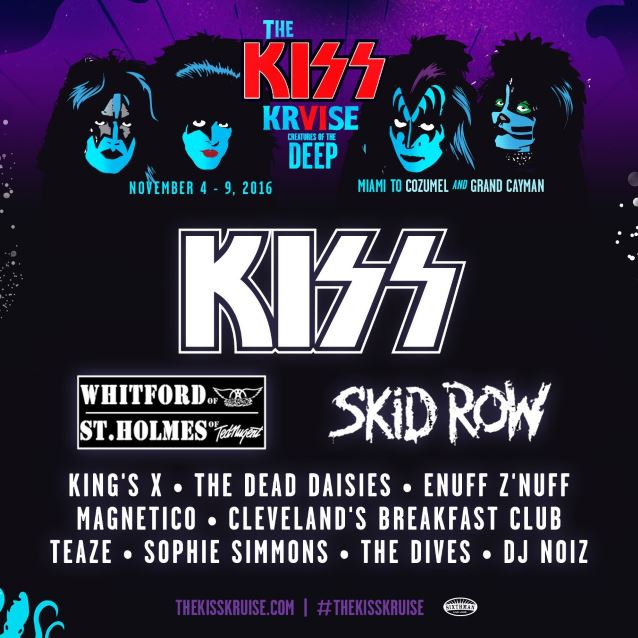