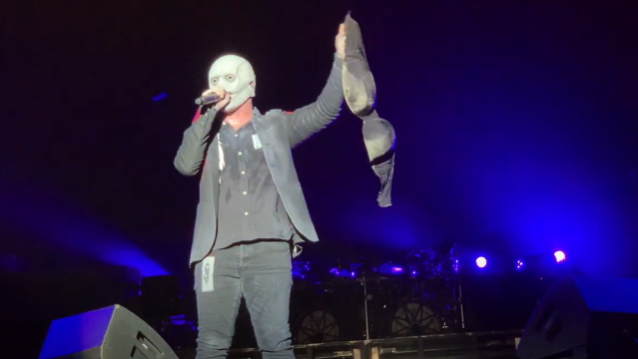 A female SLIPKNOT fan expressed her affection for lead singer Corey Taylor by throwing her bra at him on stage during the band's June 25 concert at the Machaca festival in Monterrey, Mexico.

Before launching into the sixth song of SLIPKNOT's set, "The Chapeltown Rag", Taylor noticed the bra on stage and bent to pick it up. "Ohhh… Very interesting," he told the crowd in Spanish while inspecting the bra in greater detail. "It's big," he added and place the bra on top of his head before letting out a laugh and reverting to English. "You guys are fucking crazy, goddamnit. That's loco," he added, using the Spanish word for "crazy". "That's loco — muy loco [really crazy]. But that's okay because we fucking love you, goddamnit."

The studio version of "The Chapeltown Rag", which was released last November, was produced by Joe Barresi, who has previously worked with AVENGED SEVENFOLD, QUEENS OF THE STONE AGE and CHEVELLE, among many others. The track was recorded during recent sessions for SLIPKNOT's yet-to-be-announced new album.

Last month, SLIPKNOT announced the fall leg of the "Knotfest Roadshow 2022" tour. Produced by Live Nation, the run — featuring support from horror-themed metal maestros ICE NINE KILLS and metalcore titans CROWN THE EMPIRE — will kick off on September 20 in Nashville, Tennessee and hit an additional eight cities before culminating in Irvine, California on October 7. 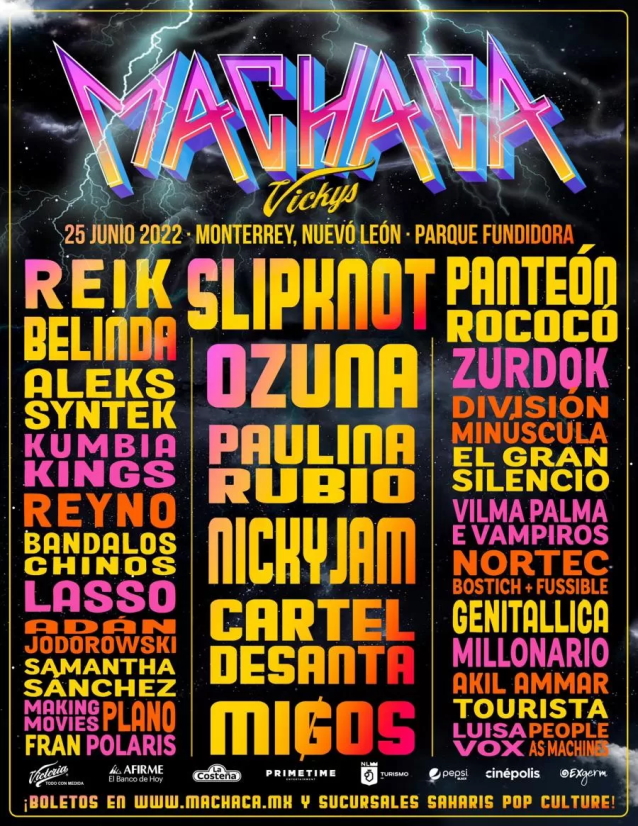