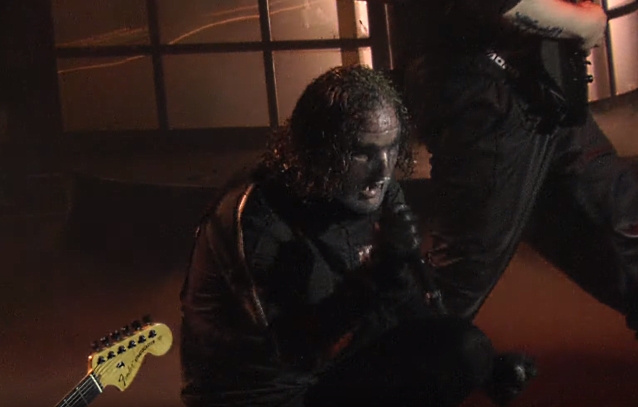 Fan-filmed video footage of SLIPKNOT's June 11 performance in Prague, Czech Republic can be seen below.

Singer Corey Taylor admitted a while back that it takes a few days for the band to really get cooking onstage. "It takes a little bit for us, you know. I mean, because we are very active," he told The Pulse Of Radio. " You know, it usually takes a couple of shows before we dial it in and everything's there, you know. It takes our bodies about a week to acclimatize. But, I mean, by the time we get into it, it's all automatic. So we come together pretty quick — at our age, as well. I mean, you know, we're no spry chickens anymore."

The group's sixth studio album, "We Are Not Your Kind", will arrive on August 9. It has been preceded by the release of a new single, "Unsainted", and the first live performance on this album cycle, a two-song appearance on the May 17 edition of "Jimmy Kimmel Live!"