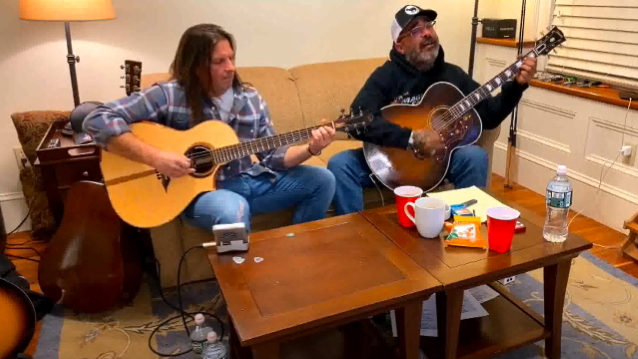 Aaron Lewis was joined by his STAIND bandmate Mike Mushok for the first-ever acoustic performance of the group's song "Mudshovel" during Lewis's November 20 "From The Couch" paid livestream. The 10-song concert included selections from STAIND's debut album "Dysfunction" as well as music from Aaron's 2011 EP "Town Line".

Lewis's second "From The Couch" show will take place on November 27 and will feature music from his 2012 solo country debut album "The Road" as well as songs from STAIND's multi-platinum "Break The Cycle" LP.

You can buy your tickets now at aaronlewisvip.com.

This past June, Lewis confirmed that STAIND was finally working on its first new music in nearly a decade.