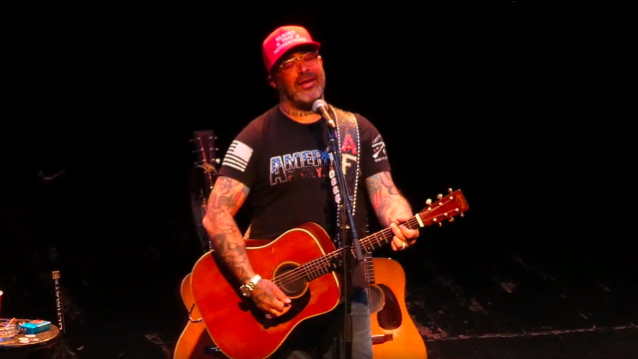 STAIND frontman Aaron Lewis performed an acoustic cover version of the SKID ROW classic "I Remember You" during his February 20 solo concert at Santander Performing Arts Center in Reading, Pennsylvania. Fan-filmed video footage of his rendition can be seen below.

STAIND will support DISTUBED on "The Sickness 20th Anniversary Tour" throughout North America this summer. The amphitheater trek will run from mid-July through mid-September, with stops in such cities as Tampa, Toronto, Cincinnati, Phoenix and Irvine.

Prior to Louder Than Life, the last time STAIND performed was back in August 2017 at the "Aaron Lewis And Friends" benefit concert in Northampton, Massachusetts.