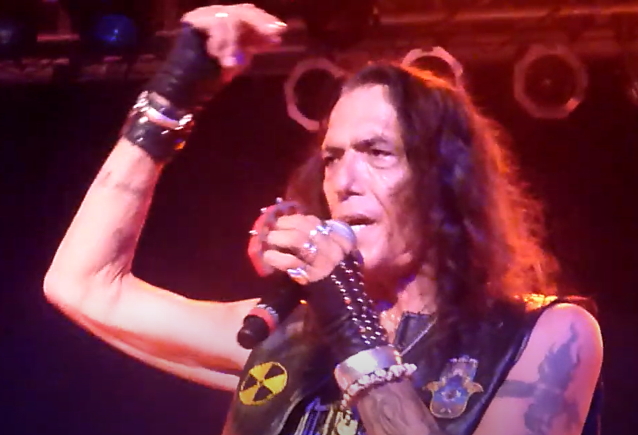 YouTube channel The Attitude has uploaded video of Stephen Pearcy's (RATT) September 17 performance at Snoqualmie Casino in Snoqualmie, Washington. Check it out below.

During an appearance on the August 29 episode of SiriusXM's "Trunk Nation With Eddie Trunk", Pearcy spoke about his decision to focus on his solo career instead of trying to keep RATT alive with him and bassist Juan Croucier as the only members from the band's classic lineup.

"I'd rather [play with my solo band] than the brand, the cover band, so to speak," he said. "[I am] not [trying to be] disrespectful, but look, no Warren [DeMartini, RATT guitarist]; he chooses to kick back, and that's all great. And Bob [RATT drummer Bobby Blotzer] — everybody's pretty much laid back except for me. So I'm just taking care of business."

Asked what the relationship is like between him and the other members of RATT's classic lineup, Pearcy said: "It's all business, pretty much. There's no business in the RATT, unfortunately, camp, and that's unfortunate. But that's why I do my thing. I talk to Bob every now and then. That's about it. Warren, I guess, chooses to just be laid back, from what I gather. And that's all cool."

Pearcy acknowledged that "it would be great if we all pulled together" and reunited all the surviving members of RATT's classic lineup, but he admitted that "it's not gonna happen. You're dealing with a lot of ego," he said. "Who knows? I don't know. I don't give a shit, actually. This is where it starts and this is where it's gonna end, and that's with me. And I'm out there just doing what I do."

Pressed about whether he has given up on the idea of a reunion of RATT's classic lineup, Stephen said: "Look, I'd rather be out there [with my solo band] than having the [RATT] band out there with just me and the bass player in RATT. That's not what RATT was. RATT was [Robbin] Crosby [guitar], Pearcy, DeMartini, Bobby and Juan. And so be it. And I'd rather give a bit of integrity to the band, 'cause it was a great rock band, and just continue doing what I do. You can't beat a dead horse or try to bullshit people."

Asked if he regrets having done shows under the RATT name with just him and Juan from the band's classic lineup, Stephen said: "Yeah, actually. Yeah. Because it's not the same. I don't like to bullshit. Look, you wanna hear the songs? I wrote 'em. Come see me play 'em. I sang 'em. Maybe somebody else helped rearrange 'em or added some lyrics. I don't know. It's all the same." 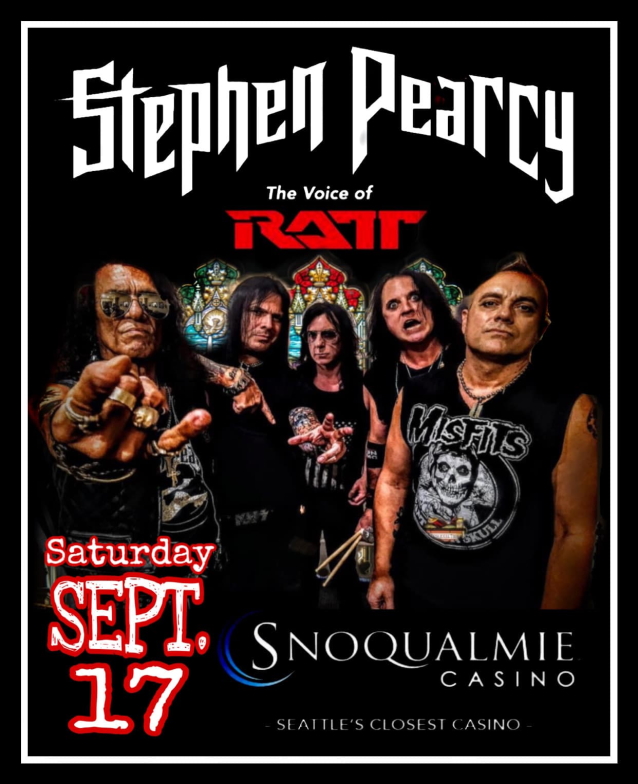