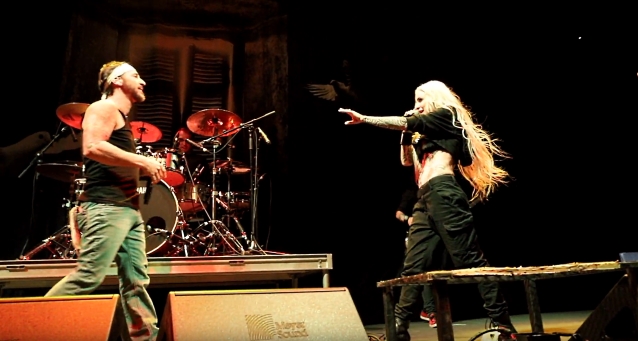 STITCHED UP HEART's official music video for the song "Lost" can be seen below. The track, which features a guest appearance by Sully Erna of GODSMACK, is taken from STITCHED UP HEART's forthcoming sophomore album, "Darkness", which will be released in the spring of 2020 via RED Music. The 13-song follow-up to 2016's "Never Alone" was produced by produced by Matt Good of FROM FIRST TO LAST and D.R.U.G.S.

This past April, STITCHED UP HEART completed a North American tour with GODSMACK and VOLBEAT.

Find more on Stitched up heart