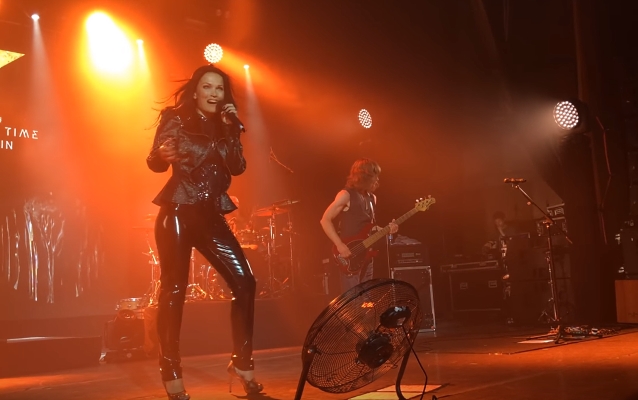 Fan-filmed video footage of former NIGHTWISH singer Tarja Turunen performing her new single, "Dead Promises", on May 8 in Kiev, Ukraine can be seen below. The track is taken from her upcoming studio album, "In The Raw", due on August 30 via earMUSIC.

"I really like how the guitar sounds: in your face," Tarja said about the song. "If I'm singing powerfully, I need something powerful behind me so that I don't feel like I am left alone."

Fans will find that the album includes an amazing duet version of the song with guest vocals by Björn "Speed" Strid of SOILWORK.

Last year, Tarja told Bloodlines that her new album would be "darker" and "a bit heavier" than 2016's "The Shadow Self". But she added that she would never forget "the symphonic side of mine, as my first love of music was classical music, so I will never get away from that."

Turunen was fired from NIGHTWISH at the end of the band's 2005 tour by being presented with an open letter which was published on the NIGHTWISH web site at the same time.

NIGHTWISH mainman Tuomas Holopainen later called the decision to split with Turunen "the most difficult thing I ever had to do."