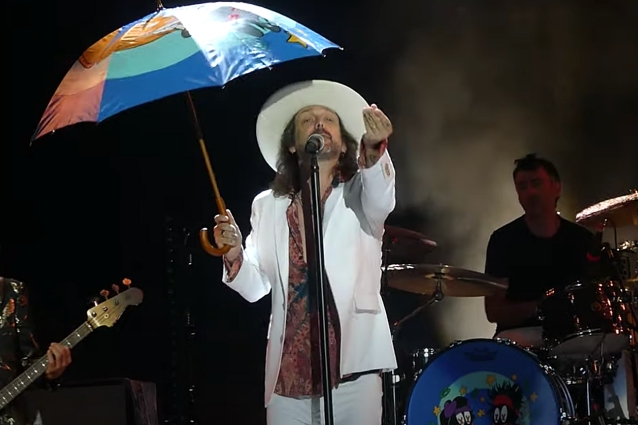 Fan-filmed video footage of THE BLACK CROWES' July 28 performance at The Pavilion at Star Lake in Burgettstown, Pennsylvania can be seen below.

Produced by Live Nation, THE BLACK CROWES' "Shake Your Money Maker" tour is playing 37-dates across the country before ending the tour at Bethel Woods Center for the Arts in Bethel, New York on September 25. The band is also set to perform at the legendary New Orleans Jazz Fest on Friday, October 8 and Stagecoach on May 1, 2022.

BLACK CROWES' debut album, "Shake Your Money Maker" was re-released in multi-formats sets in February through UMe/American Recordings. The album, fueled by singles "Jealous Again", "Twice As Hard", "She Talks To Angels" and a cover of fellow Georgian Otis Redding's "Hard To Handle", has sold over five million copies.